Symantec profits surge as firms prop up their cyber defences 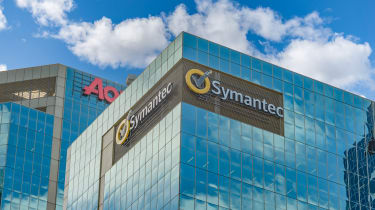 Symantec is on track to beat its revenue estimates for the year after seeing a surge in demand from organisations looking to shore up their defences against cyber attacks.

Shares in the Norton anti-virus provider rose 2.5% to $32 in after hours trading as revenue in its enterprise security unit reached $646 million, a 34% rise for Q1 of 2017, according to Reuters. As a result, the company has raised its full year revenue forecast above analyst estimates.

Given the recent increase in cyber attacks, the company has seen a surge in the number of businesses trying to build preventative measures. The WannaCry ransomware attack, which affected around 300,000 public and private organisations across the world, was almost immediately followed by a second ransomware attack through the Petya malware.

Symantec has also benefited from a number of worthwhile strategic decisions, including the purchase of cloud security firm Blue Coat and identity protection provider LifeLock in 2016.

The company reported revenue of $1.23 billion (930m) for the first quarter ending 30 June, a profit of 33 cents per share, 2 cents higher than had been previously expected by analysts. Revenue for the full year is now expected to exceed $5.16 billion (3.9 billion) , up from a $5.10 billion estimate.

Alongside the forecast, Symantec also confirmed it would be selling its website certification business to DigiCert for around $950 million, according to a Reuters report.

Symantec made the news in 2015 when it was forced to fire a number of employees after it was discovered counterfeit certificates had been issued without permission from the company. Although these could have been used to launch security attacks or scams, it is thought the certificates were removed in time before any damage was caused.

Following the incident, Google demanded that Symantec take major steps in order to improve business practices in order to regain the trust of web browsers. However, earlier this year, citing repeated failures to comply with rules, Google once again issued warnings to the company, with rumours suggesting that the company had plans to distrust all Symantec certificates in August.