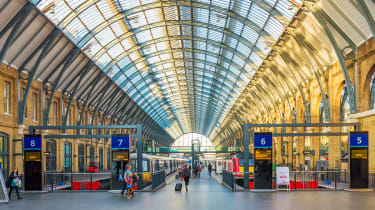 But Holt has no regrets in his choice of cloud partner, explaining that "when we have a problem with one of Amazon's components, we get to speak to their dev team".

"That's fantastic," he adds, "you just don't get that working through a partner who's then trying to be important in another vendor's world."

Being on Amazon's innovation curve also lets Holt and his teams get their hands on new services - one they're eager to try out is Lambda, which lets you run code without provisioning servers.

It also puts it miles ahead of what other companies are doing, according to Holt. 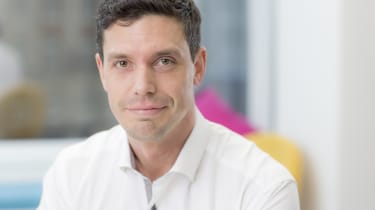 Keeping the focus on customers

For Holt, the move to the cloud has been about improving customer experience. Removing dependency on its own data centre has freed Trainline to focus on innovation, looking to its own developers' creativity and the tools its cloud partner can offer it to make people's journeys ever easier.

"Creating that amazing customer experience is how we'll differentiate ourselves in the market," he explains. "We're all about reducing clicks, making things as simple as possible for customers, so we spend a lot of time testing everything - from a cultural experience it's really important, we test all the features and functions that we put out there."

Looking to the future, Holt wants to keep the focus on innovation and customer experience.

"We've got lots of really cool things in the labs we're working on around using data in this kind of way," he explains. "We know that the time when you book a ticket, we could say 'this train's likely to be very busy'; that's a very simple example. But actually that's huge.

"If we know Manchester United are playing at home that Saturday you're trying to book a ticket with your four children to go to Manchester, we might suggest you go after 3pm when it will be a little less full with football supporters. That sort of thing is so great from a customer experience perspective - it's a real value add."