What Bitcoin's civil war means for the future of cryptocurrency 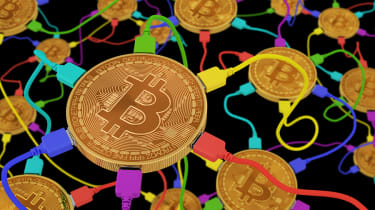 Long-bubbling tensions over the future direction of Bitcoin boiled over last week, with miners split over technical issues finally solving them by splitting the currency itself.

The fork is a dramatic turn of events that has naturally left many users concerned about the future of the currency, and many potential buyers confused as to where to invest their cash, or how best to leverage the technology.

How did it come to this? 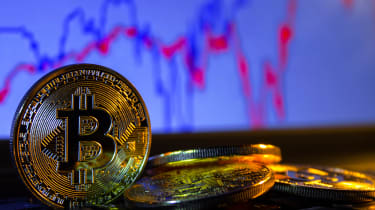 BTC is the original pioneer of cryptocurrency, and has grown hugely popular since its creation in 2009. However, with such widespread use, it's faced mounting pressure from users over bottlenecks they experience during transactions on its blockchain network.

Millions of Bitcoin transactions take place every ten minutes, but until last month the blockchain, which publically records all transactions, could only handle 1MB of data added every 10 minutes. That prevented huge DDoS data surges trying to take the network offline, but meant transactions were bottlenecked, with users facing huge delays to confirm transactions.

While frustration among Bitcoin miners and developers mounted, blockchain's peer-to-peer nature meant overwhelming consensus was necessary to make any changes to the network. In other words, users needed to agree a new standard.

This led to what was described as a civil war, as architects of the currency became split over possible solutions to the issue.

Some proposed raising the 1MB limit, while others wanted to make it easier to process transactions by moving signature data, essentially records of a transaction, to a separate network known as Segwit. Doing so would reduce the amount of data transactions use up by cutting some of the clutter from them, allowing more transactions to be processed within the 1MB limit.

As we reported last month, it appeared a consensus had been reached - a compromise known as Bitcoin Improvement Proposal (BIP) 91, that would see the Segwit solution implemented immediately and the data limit double to 2MB in three months' time.

We now know that a portion of the Bitcoin community remained unhappy with the proposals; they've since announced a breakaway currency known as Bitcoin Cash (BCH), which operates on a blockchain that has an 8MB transaction ceiling as an alternative to Segwit. 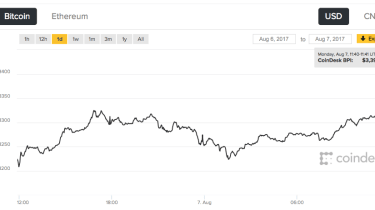 Valuation of Bitcoin as of 7 August - courtesy of Coindesk

The consensus among experts is that it's far too early to tell what will come of this split, and BTC has yet to show any signs of any major depreciation in price outside normal fluctuations. In fact, it's experiencing an all-time peak in value of $3,3398 or 2,603.

"With regard to the price, BCH seems to have gathered a lot of steam in a short period of time," Colin Platt, co-founder of blockchain consultancy firm DPactum, told IT Pro last week. "It's worth noting that while the Bitcoin Cash network remains in its early stages, transactions are unable to reliably move into or out of exchanges which may make the market prices liable to manipulation."

For those watching the trading prices, it's worth noting that at this stage, they offer few assurances to the success of either platform. BTC seems to have shrugged off the split for now, and given its solid market position, it remains in a steady position as the most funded cryptocurrency on the market.

Bitcoin Cash has already received some early support from the market, which is closely watching what will come of that improved data rate. This could, in theory, produce one of the fastest transaction speeds on the market.

"The Bitcoin Cash fork is attracting support and could certainly be viable," said Dr Garrick Hileman, economics historian at the University of Cambridge. "Beyond the financial gains Bitcoin holders may realise from the advent of Bitcoin Cash, there are also potential technical benefits, such as observing how BCH performs with 8MB blocks and what kind of use it attracts."

However, according to a statement released by the Bitcoin Foundation last Wednesday, it appears less than 15% of the BTC network supported the move to BCH . The foundation said: "It's not yet clear that the Bitcoin Cash network will survive and be valuable to coin holders in the medium- to long term."

While support could conceivably increase given enough momentum, BCH potentially faces issues with its underlying technology. To solve some of the disruption caused by the split, BCH developers introduced new software mechanisms to attempt to reduce the mining difficulty.

"These are relatively new mechanisms," said Platt, whose organisation is closely monitoring the mining activities on BCH.

"These are only lightly tested, and as a result there could be avenues for parties to created unexpected disturbance in the network", he explained; something that Bitcoin Core was able to avoid thanks to a low data limit. "While we have not seen concrete evidence of this so far, it remains a risk."

A great deal of BCH's success lies with the underlying architecture, and how it matures over the coming months.

Yet even if the initial issues are ironed out, Bitcoin Cash still faces the hurdle of attracting the attention of users, and initial prospects are not looking good.

Coinbase, one of the largest digital currency exchange markets, informed users on 27 July that, in the event of a split, it would not be supporting two separate currencies. "We have made this decision because it is hard to predict how long the alternative version of bitcoin will survive and if Bitcoin Cash will have future market value," a Coinbase statement read. The exchange has since backtracked on its decision, but while it now plans to support the currency, its systems won't be ready to do so until January 2018.

Other exchanges, such as Kraken, have allowed the trading of Bitcoin Cash, yet without ubiquitous support, it's unclear how feasible it will be to trade in the currency. As Vili Lehdonvirta, senior research fellow at the Oxford Internet Institute, pointed out: "Two currencies with 50% market share in the same area are less useful than one currency with 100% market share from the point of view of ability to pay."

The problems with cryptocurrency

Ultimately, the biggest issue for both currencies is that economic fundamentals have very little application, as their value is still largely based on speculation and betting, according to Lehdonvirta. "I doubt those Bitcoin Cash buyers are buying it to actually use it for paying for goods and services," he said. "I suspect they are buying it because they, for whatever reason, think that it might increase in value in the future."

Until cryptocurrencies achieve something close to high volume commerce, predicting the success of either currency is almost impossible at this early stage.

The technology underneath is where the real 'success' will come from, claimed Paul Armstrong, author of Disruptive Technologies and founder of technology consultancy HERE/FORTH. "Blockchain as a technology offers business users much more than simple currency," he told IT Pro. "From smart contracts to supply-chain verification, blockchain remains a foundational technology that will allow much greater things to be built on top of it.

"Think beyond money into what jobs you need blockchain to do and businesses may see more money made or saved than simple money transactions alone." 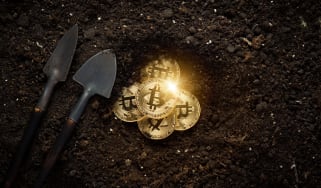