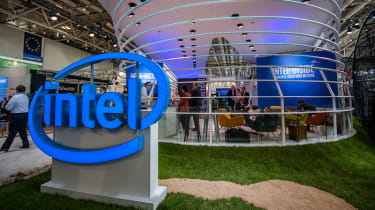 Intel believes it remains on track to meet its 2020 diversity goal, despite evidence that its pace of hiring women and minorities has slowed.

Representation of white and Asian men, who make up the majority of the company's employees, has fallen just 0.3% since 2016, figures from Intel's 2017 Diversity and Inclusion report revealed. That's compared to a drop of 1.1% between 2015 and 2016. They still make up 64.6% of Intel's US staff.

In contrast, the number of Hispanic men and women in the company grew by only 0.1% for the year, reaching 8.3%, while the number of African-American and Native American people in Intel's staff ranks has flatlined, at 3.6% and 12.6% respectively.

That 0.3% drop in "non-URM" (white and Asian) males has largely translated to a slight uptake in female workers of all ethnicities, up 0.3% to 26%, but progress remains slow for a company that hopes to have employee diversity that mirrors that of the US population by 2020.

Diversity continues to narrow nearer the top, with white and Asian men still representing over 90% of mid to senior technical roles.

Laurie Anstis, senior associate solicitor at employment law firm Boyes Turner, said: "Firms such as Intel and smaller companies need to make sure that hidden biases are uncovered. It is important to ensure that maintaining diversity is a core belief, while expanding the talent pool that you recruit from. Companies could write down goals and challenge themselves and measure progress against these."

Intel said it's at the "halfway point in a five-year journey", and although it highlighted some positive signs, admitted it still has more to do. "Our overall gap to full representation in the US has narrowed from 2,300 people in 2014 to about 800 today - a 65% improvement that we're very proud of," said chief diversity officer Barbara Whye. "However, we have more work to do in achieving full representation by African-Americans in technical roles. We also know retention must remain a key focus."

African-Americans at Intel total less than 4% of staff, but comprise 12.6% of the US population, according to United States Census Bureau data.

Intel revealed in June that it had pumped $4.5 million into a grant programme that supports the uptake of STEM subjects across universities and colleges, as part of a previously announced $300 million commitment to improving diversity.