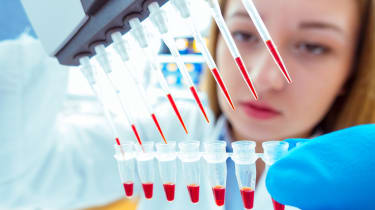 Data from this year's A level results has shown only 9.8% of those taking a computing course were girls, a significant blow for an industry attempting to encourage more women into tech.

Of the 8,299 students who took computing A levels this year, 7,483 of those were boys compared to just 816 girls, according to figures released by the Joint Council for Qualifications.

The good news is that the number of female students taking computing related courses has risen by 34% over the past year, yet the numbers remain worryingly low, particularly as the tech industry is once again facing criticism for its lack of female representation.

Former Google engineer James Damore caused a stir earlier this month when he argued in an internal memo that biological differences were to blame for a lack of female employees at the company. Google immediately fired Damore, arguing his statements were "offensive".

A rise in uptake of other STEM related courses gave some hope that attempts to attract a more diverse group of students is working. The number of girls studying chemistry exceeded boys for the first time since 2004, rising to 26,615, compared to 25,716 male students. There were also almost 2,000 more girls studying maths this year, up to 37,212.

However, physics remains a male-dominated subject, with girls making up only 27% of students this year. The number of students studying IT related subjects fell for both genders, although boys also still account for over 75% of the student cohort.

Helen Wollaston, chief executive of WISE, said that girls are missing out on well paid jobs at a time when the country is suffering from a significant skills shortage in engineering and technology.

"We need more girls helping us to solve the problems of the world," she said in a blog post. "Encouraging a love of STEM from an early age is good for girls and is better for all of us."

Wollaston added that girls need to be educated about STEM subjects before they reach the age of 10, in order to ensure the interest is maintained throughout their school career. WISE is also running a number of workshops throughout the UK in an effort to encourage 200,000 more female students into STEM related subjects by 2022.

Sebastian Darrington, UK MD of Exasol, said that it was "encouraging" to see an uptake in the number of students taking STEM subjects, but that there was more to do to address the gender imbalance.

"Some subjects, such Computing, has seen marked increases in the numbers of women entering - almost tripling in five years. There have been various government-industry initiatives and these are clearly paying off," he explained.

"There is still plenty more to be done to help improve the gender balance in the tech industry and the fact that so more girls are now studying STEM subjects is promising for the future of our industry."

Technology companies have described today's A-level results as a "step in the right direction", after the number of STEM entries climbed, although they remain concerned that a slump in the number of university applications will do little to address the growing digital skills gap.

The number of student receiving A or A* results increased for the first time in six years, up by 0.5% to 26.3%. The overall number of students taking up STEM subjects also increased, particularly in maths, which has seen 25% more entries compared to 2010.

However, the number of students accepted into UK universities stands at 416,310, a 2% drop compared to A-level results from 2016.

"Today's results show a step in the right direction for STEM skills in the UK," said Rackspace CTO Lee James. However, he added that the fall in the number of applicants being accepted on university courses is a concern.

"As the technology industry moves at an unprecedented speed, so with it does the demand for the skills UK businesses need," added James, pointing to a 133% increase in demand for skills in microservices and software development over the past year alone.

"This evolving landscape, combined with a competitive skills market, particularly in the IT sector, means that we need a dynamic pool of talent in order to continue driving digital transformation across businesses," he added.

The number of students taking computer science related subjects increased to 20,580, up 1.7% over 2016 figures, while subjects within the mathematical sciences category also saw slight increases, up 2.6% to 7,270. More girls than boys studied chemistry for the first time since 2004.

Schools standards minister Nick Gibb said: "[The maths uptake] and increasing entries to science, technology, engineering and maths (STEM) subjects bodes well for the economic prosperity of our country. It will help to grow our workforce in these sectors, allowing young people to secure well-paid jobs and compete in the global jobs market of post Brexit Britain.

But subjects such as engineering, technologies not related to computing, and combined sciences all saw drops in the number of students achieving university places.

"It's vital for us to be communicating just how relevant digital skills are across all sectors and industries," said Lynn Collier, COO at Hitachi Data Systems. "STEM skills aren't just for developers and coders, and will be vital in helping the next generation of business leaders build successful careers."

Many leading universities, including those that are part of the prestigious Russell Group, still have spaces unfilled and are advertising through the UCAS clearing system.

Bharat Mistry, principal security strategist at Trend Micro, said more needed to be done to close the skills gap: "Globally, there's expected to be a shortage of two million cyber security professionals by 2019, and it's becoming apparent that there are just not enough people entering our industry with the skills to become effective cyber security experts."

"This isn't just a concern for our industry, it should be one for all public and private organisations and businesses across the country," he added.

Mistry argues that results demonstrate the need for the technology industry to do more to encourage more students into the field, although he admits the funding isn't always there. "Security budgets have been growing faster than general IT budgets, so it's a good place to start," said Mistry. We must look to help relieve the pressure as an industry."

In March the government announced a Digital Skills Partnership programme as part of a wider Digital Skills strategy, that aims to work with the private sector to offer four million free skills training opportunities. Lloyds Banking group is one of a number of organisations who have signed up to the initiative, promising to train 2.5 million people by 2020.