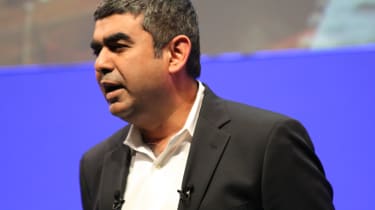 Infosys CEO Vishal Sikka announced on Thursday that he has resigned from his position effectively immediately, saying that he could no longer continue to defend against "unrelenting, baseless and increasingly personal attacks".

The somewhat surprising move comes after a string of turbulent quarters for the company that drew the ire of its founders and executives, who disagreed with recent board level decisions.

Writing in a personal blog post on Thursday, Sikka referred to a "continuous drumbeat of distractions", and that recent public criticism had created an "untenable atmosphere".

Infosys, which is one of India's largest IT service companies, has been plagued with internal disagreements between its founders and the executive board. The founders, who retain 12.75% of the company, had criticised a pay rise given to Sikka, as well as some generous severance packages for former executives.

"It is clear to me that despite our successes over the last three years, and the powerful seeds of innovation that we have sown, I cannot carry out my job as CEO and continue to create value, while also constantly defending against unrelenting, baseless/malicious and increasingly personal attacks," said Sikka in the post.

"For days, indeed weeks, this decision has weighed on me. I have wrestled the pros and cons, the issues and the counterbalancing arguments. But now, after much thought, and considering the environment of the last few quarters, I am clear in my decision."

The former board member of SAP was first brought into the company in 2014 to help steer it away from its traditional legacy business, and helped take operating revenues from $2.13 billion to $2.65 billion in the first quarter of 2015. However, by 2017, founder and former CEO Narayana Murthy had expressed concerns over financial impropriety following substantial severance packages, and demanded probes into the deals.

Any such allegations have been "repeatedly proven false and baseless by multiple, independent investigations", according to Sikka.

U.B Pravin Rao, COO at Infosys, will take over as interim managing director and chief executive, reporting directly to Sikka who will remain on as vice chairman until the appointment of a new permanent CEO.

The company remains committed to its ambitious $20 billion revenue target in 2020, however, given its recent turmoil, it will likely struggle to reach that goal.