Homicide in the age of Amazon

How smart speakers and wearables are changing detective work 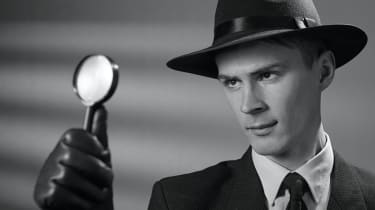 There is also the issue that the Internet of Things is far from tamper-proof. Alice Hutchings, a senior research associate at the Cambridge Computer Lab, tells me one important issue in this area is the vulnerability of tech-heavy systems.

"Mirai botnets use insecure security' cameras and similar devices that have been set up using default usernames and passwords," she explains. "This means devices can be harnessed by criminals for denial-of-service attacks and other unauthorised activities. A challenge for prosecutors is likely to be proving that evidence from such devices has not been interfered with. Another example comes from the recentWannaCryransomware, which reportedly affected speed cameras."

The case Hutchings mentions happened in June, when around 55 traffic cameras in Victoria, Australia were infected with the same malwarethat had previously caused havoc for the NHS in the UK. This example wasn't the result of a targeted attack and instead happened because of a contractor that mistakenly connected infected hardware to the cameras. All the same, it shows the potential for sensor systems to be undermined by cyber-attacks and their data stolen or manipulated by hackers.

"Part of an investigator's toolkit"

Regardless of its flaws, Hutchings thinks evidence from devices such as home hubs and fitness trackers "will become a standard, and quite an important, part of an investigator's toolkit". Marion Oswald too believes that, even though its legitimacy in court isn't assured, evidence from these technologies will become more common.

For instance, if data from a Fitbit is so open to interpretation that it doesn't prove anything, focusing on such data might be a distraction from other forms of evidence.

"On the other hand, there might be situations where data within IoT was crucial to help the police build a case," she adds.

Much of this is breaking new ground, and there will be as Brimicombe says "an inordinate amount of precedents people are going to have to think about, and deal with through the court". What's needed in the meantime is an open discussion about what is and isn't an appropriate use of potentially sensitive information. You can't get much more intimate than a pacemaker, and while data from that device may be allowable in an arson case, what about a minor offence, such as theft? What about divorce proceedings, to prove adultery? And should the same rules apply for a heart-rate monitor on an Apple Watch?

Apple is a looming figure here, namely in terms of its2016 conflict with the FBI, which saw the tech giant being fiercely criticised for not granting access to the iPhone of San Bernardino shooter Syed Rizwan Farook. Apple said no, with the FBI eventually bypassing the company's security system, reportedly with the help of Israeli company Cellebrite.

In contrast, Amazon did hand over information to aid the investigation into Victor Collins' murder, but only after the Amazon Echo's owner defendant James Bates gave the go-ahead. In an age ofSnoopers' Chartersandencryption wars,the rules and rights around who actually owns and controls the information recorded and stored by Internet of Things devices is still very much in flux. When I reached out to Fitbit to comment on the Connie Dabate case, a spokesperson said the company wouldn't comment on a particular story, but that "like many other companies, Fitbit may comply with valid law-enforcement requests". The spokesperson added that "respect for the privacy of our users' data drives our approach to complying with legal process. When we receive a request, our team reviews it to make sure it satisfies legal requirements and Fitbit's policies." Amazon did not respond to a request for comment on the Victor Collins case.

Despite the legal and ethical arguments about which data is fair game for investigators, one thing is certain the number of sensors in our lives is increasing. The worldwide market for smart speakers such as the Amazon Echo and Google Home is expected to grow to a staggering$13 billion by 2024, while the market for wearables such as the Fitbit and Apple Watch aregrowing beneath a shifting focus on health and fitness.

With a microphone in almost every home, and a step counter on almost every wrist, there's going to be a lot of data collected, and a lot of potential evidence for detectives.

This article originally appeared on our sister site, Alphr.