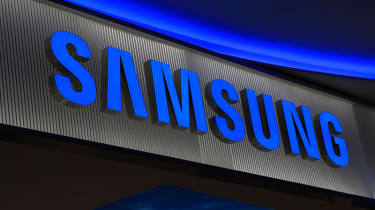 A South Korean court has sentenced acting chairman of Samsung, Lee Jae-yong, to five years in prison after finding him guilty of issuing bribes and attempting to exert his position to influence political matters.

The heir to the Samsung empire and South Korea's third richest man, had been embroiled in legal battles over allegations that he had made significant donations to organisations run by a close friend of the now deposed South Korean president Park Geun-hye, and in effort to secure favours.

Former president Park was toppled last year following an ongoing bribery scandal that raised the issue of politicians colluding with large corporations. She potentially faces a life sentence when the case is heard later in the year.

Although prosecutors demanded that Lee be given a 12 year jail term, the ruling still makes it the longest sentence handed down to any senior leader of a family-owned South Korean corporation.

Lee has always maintained that payments were made without his knowledge, and that he had no intention to exert influence over government decisions. However, the court found that he had offered $38 million to four foundations operated by Choi Soon-sil, a friend of the president, which curried him enough favour to illegally access classified government documents.

Samsung did not deny donating money to the foundations, but said it was coerced into doing so by president Park, according to The Guardian.

However, the court heard that Samsung had handed Choi billions of won to support her daughter's hobbies, including horse riding, in order to secure government approval over the 2015 merger of Samsung affiliate companies - something that was opposed by a number of shareholders.

The case, which South Korean press labelled the "trial of the century", is thought to have spooked investors who are concerned that a power vacuum may prevent the company and its subsidiaries from making decisions.

Samsung, which contributes more than 15% of South Korea's total GDP, remains the country's largest company, thought to control around $322 billion in assets. Although it is unclear what changes will be brought about in Samsung's management, the business has been largely unaffected since Lee's arrest in February, posting record profits of 11 trillion won in the last quarter.