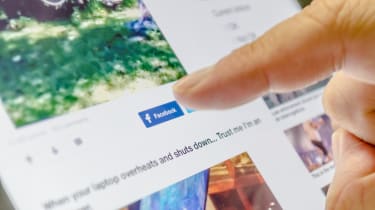 Facebook will permanently block advertising by pages that repeatedly spread links to fake news stories on its network, as the company faces continued pressure to curb the spread of misinformation.

The move signals a considerably more aggressive approach from the company, as it has until now only flagged fake news stories to users and promoted legitimate content on its news feed.

The old policy also banned advertisers from running adverts that link to any content considered 'fake' by third-party fact checking organisations. However, according to a post published on Monday, pages that repeatedly shared stories that have been marked as fake will be blocked from advertising entirely.

"Over the past year we have taken several steps to reduce false news and hoaxes on Facebook," said Satwik Shukla, product manager at Facebook, in the post. "False news is harmful to our community. It makes the world less informed and erodes trust."

Shukla added: "Today's update helps to disrupt the economic incentives and curb the spread of false news, which is another step towards building a more informed community on Facebook."

Zuckerberg first addressed the issue of fake news in February, when he said the company would focus less on "banning misinformation, and more on surfacing additional perspectives and information".

Since then, tens of thousands of fake Facebook accounts have been removed through its algorithms, in an effort to curb the amount of spam users receive.

Facebook said it has identified a growing trend of pages attempting to use advertising to build their followers in order to distribute false news stories to a wider audience.

Highlighting the ways in which it is fighting fake news, the company added it would continue to go after revenue sources, create new tools to limit its spread, and help people "make more informed decisions when they encounter false news".

The company also said that an advertising ban would be lifted if a page decided to stop sharing fake news stories.