Crowdfunding, education and the diamond trade: How blockchain is revolutionising business

Public blockchains are great for cryptocurrencies, but to get real value you need to go private

All technological breakthroughs aim to challenge the status quo, yet there are few proving to be as disruptive as blockchain. Its value to business is something of an accident, as it was originally designed as a means of verifying Bitcoin transactions. You'd be forgiven for thinking blockchain and cryptocurrency were synonymous, as the technology continues to be overshadowed by the platforms it was built to support.

A great deal of the early uptake of blockchain has been with cryptocurrencies and the financial sector, particularly with public blockchains, the largest of which is the Bitcoin network. These are open to anyone and have proven ideal for cryptocurrencies wishing to attain mass adoption.

However, private blockchains offer the same immutability and faster transaction speeds of a public blockchain, but provide greater oversight and opportunities to set permissioned access. These types of blockchain have the potential to be significantly more useful outside the confines of currency and are already beginning to reshape how businesses operate. 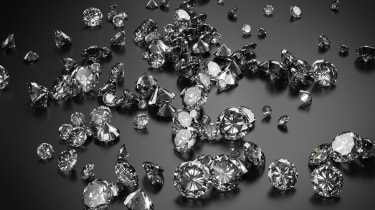 Blockchain is able to give each diamond a 'digital identity'

Although it may not be the first industry you'd associate with cutting edge technology, the ability to track the history of transactions with complete transparency is proving massively important for the trade of diamonds. In order for a diamond to be traded legitimately, both buyers and sellers must be able to chart its identity', the journey from a rough stone to the first cut and polish, otherwise stolen diamonds can slip through the net.

Startup firm Everledger, founded in 2015, recently partnered with IBM to deliver the first blockchain network to give a digital version of this identity to a traded diamond. This is having profound effects on the sourcing, trade and insurance of diamonds, according to CEO Leanne Kemp, whose company has processed over 1 million diamonds to date.

At IBM Interconnect earlier this year, Kemp explained that a shared ledger allows insurers and banks to access detailed and immutable records that are in sync for every participant on the blockchain. Transactions of every diamond on its network can be traced back to their original source, which is proving invaluable for police agencies trying to stamp out the sale of blood diamonds' procured from war-torn regions.

Insurance in particular stands to benefit massively, as, due to a lack of available data, there's often a "black hole" when it comes to the legitimacy of claims. This has resulted in an average loss of 15 per person per year in overheads, a total close to 35 billion per year lost to fraud, according to Everledger.

"The relationship that insurance companies and banks have with objects is vastly changing," said Kemp. "We understand that to bring together the identity of an object and enable the insurer to understand the risk of the object that they are insuring is something that's foreign to them today."