The integration isn't ready for launch yet, because the experience isn't as good as the companies want it to be 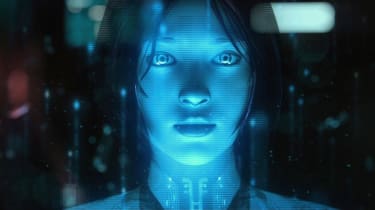 Microsoft and Amazon's Cortana and Alexa integration isn't ready to launch yet, the two companies have revealed, meaning it could be once again delayed.

Back in March, the two companies said they were still working on a way to get the two smart voice-controlled technologies to work together, but they would not be rushing out a product just for the sake of it. Both parties want to make sure it's the best it can possibly be before launching any kind of joint service.

"I think you'll see soon that there is proof in the pudding, but we're not just going to hurry up and ship something just to satisfy," Javier Soltero, corporate vice president of Cortana at Microsoft said.

Although neither company will give an absolute answer about when the Amazon/Microsoft integration will launch, Amazon let slip last year that it expects Alexa will arrive on some Windows 10 PCs made by Acer, HP and Lenovo by the end of this year.

If it does launch, we'd expect to see a raft of new voice-activated features, such as the ability to listen to music, manage meetings and other notifications and read out books on demand. However, it's not clear which elements of which voice platform will be used to power the features.

A mooted integration between Microsoft and Amazon's virtual assistants has missed its deadline, with the firms now saying it will come to fruition sometime this year.

Microsoft's Cortana smart assistant and Amazon's Alexa counterpart were meant to work together by the end of 2017, but since blowing this deadline, neither tech giant has revealed when it might happen in 2018, following questioning from Thurrott.com.

Amazon seemed a little more optimistic, saying the company is "working on it and expect it to begin rolling out soon," while Microsoft didn't really say how far the project was from its launch, simple saying it "will have more to share soon".

The tie-up would mean both Cortana and Amazon would work from within one app, including the ability to launch Cortana using Alexa and vice versa, with just your voice. The integration would also fill a vast number of holes in each of the assistants' respective abilities too. For example, Alexa could be used to track orders on Windows 10 devices and Cortana could help with scheduling events on the Amazon Echo.

It is possible that more news about the integration may come at CES next week, but for now both Microsoft and Amazon are keeping quiet.

Microsoft and Amazon have partnered to let Alexa and Cortana work together, according to new reports.

The two companies have been quietly working together to help combine the powers of their respective digital assistants, the New York Times reported. Some of Alexa's functions and skills will be available through Cortana, and vice versa. The initial integration will involve telling one assistant to open the other before issuing a command: "Alexa, open Cortana".

The two tech giants believe that each AI can serve needs that the other does not. For example, Cortana has little insight into Amazon's infrastructure, so cannot help users with tracking their online orders. Alexa, meanwhile, is not as deeply integrated into Microsoft's products, and can't offer the same in-depth Outlook calendar and email management that Cortana can.

Similarly, the two products currently have little overlap in terms of their markets. While Alexa is primarily accessible through Amazon's range of Echo devices, it does not have much of a footprint on devices like smartphones and PCs, whereas Cortana is primarily housed on Windows 10, with plans to bring it to Android and iOS as well.

The partnership reportedly started in May of last year, when Bezos floated the idea of the two firms co-operating on their AI efforts to Microsoft boss Satya Nadella at the company's annual CIO Summit in Seattle. Bezos said that he has not reached out to Apple or Google - who are also developing rival AI projects - but that he would welcome them joining the initiative.