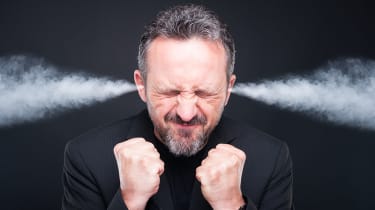 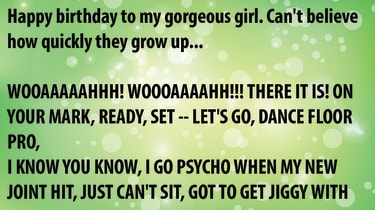 Don't worry. I haven't lost my mind. The editors have not gone on strike and started pasting random nonsense into my column not that anyone would notice anyway.

A couple of weeks ago, Facebook took the infuriating decision to make its mobile app play videos with sound automatically. So, if you're sitting on the bus, in the doctor's waiting room or anywhere in public and casually open the Facebook app, you and everyone else around you will be subject to a random audio assault of whatever appears in your timeline. Adverts, football clips, prank videos or the James Corden Carpool Karaoke quoted earlier, which blasted out of my phone whenI fired up Facebook this morning.

Facebook, of course, pleads that it's doing us a favour. "We're always working to make Facebook a better place to watch videos," claims the pop-up message introducing this rotten feature. "That's why videos now play with the sound on automatically."

Except nobody else thinks this makes life better. Autoplaying ads have become such a nuisance that Apple now blocks them from playing in the latest version of its Safari browser for Mac OS. The Coalition For Better Ads also rails against autoplaying video with sound. "This ad experience is especially disruptive because it catches the reader off guard and often compels them to quickly close the window or tab in order to stop the sound," the Coalition states, "especially if they are on their mobile device and in a public place, where such noise can be a public nuisance and personal embarrassment." Guess who's a member of the Coalition? I'll give you a clue: it starts with an 'F' and ends in 'acebook'.

Autoplaying noisy videos is a feature literally nobody asked for except the advertisers themselves. Facebook will have studied the metrics and seen that autoplaying videos have a far higher 'engagement' rate than those that require the user to push a Play button. Now you'll have advertisers and other video producers cramming the first few seconds of their videos with shouty audio to make sure they attract your attention before your thumb flicks them off the screen.

The only thing that prevented me from uninstalling Facebook the moment this feature was activated was that there's an option to switch it off. On Android, open the menu in the top right-corner of the Facebook app, scroll all the way down to App Settings and make sure 'Videos in News Feed start with sound' is switched off. Autoplay videos haven't appeared in iOS yet, perhaps because Apple doesn't tolerate such nonsense.

Facebook is fast becoming the anti-social network and this feature will certainly cost it a few friends.