However, report finds M&A will be buoyant over the next 12 months 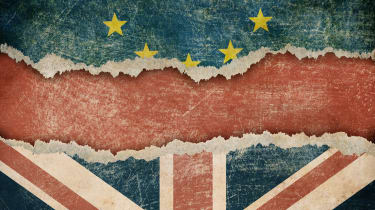 Investors think Brexit will have a negative effect on the value of UK tech businesses, but the economy will bounce back and the long-term future holds a much more positive outlook.

The report by accounting firm Moore Stephens has suggested that more than half of investors think that the valuations of UK tech firms will drop over the next 12 months, although 44% think mergers and acquisitions will become a major part of investment. Just over a quarter of investors think the number of such deals will fall.

Moore Stephens think the tech industry is in a much stronger positions than traditional industries though and for this reason, it won't be as negatively affected as other sectors.

"From a digital standpoint the UK is and will be one of the world's key digital destinations and hard for investors to ignore," Damian Ryan, partner at Moore Stephens, said. "Investors are still looking to make deals, especially when the technology involved has significant commercial potential.

"The tech sector doesn't have the same investment characteristics as more traditional business sectors so although Brexit may bring about a slight confidence knock, our research suggests that investors are still keen on backing UK tech companies."

A number of major investments have been made over recent months by larger companies seeking to carve out a part of the innovative UK tech sector. Japanese tech giant Softbank announced in May that it would be sinking more than $500 million into UK-based VR startup Improbable, considered to be the largest European Series B investment ever.

Other findings from the report showed the attitudes of trade buyers, such as large tech companies were more positive than private equity (PE) and venture capitalist (VC) investors because they will use the technologies to transform the organisation rather than simply making money. Additionally, trade buyers will use their own shares to buy other companies, meaning they are less sensitive to high valuations compared to PE and VC investors.

"The impact of Brexit negotiations will no doubt cause short-term waves but ultimately it's clear that the sector has belief in the ability of the UK to ride out the storm, and that the talent and investment will continue to see the UK as being at the vanguard of the global tech space," John Stanford, Head of Moore Stephens' Brexit Workgroup added.