GDS's digital transformation efforts are being 'sidelined' by the Civil Service 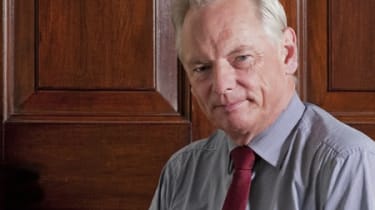 Former Cabinet Office minister, Francis Maude, who helped set up the GDS, now states that the government as a platform program, as it was intended, has ended.

When it began in 2011, the GDS introduced a number of controls for spending on government IT. It was meant to help reduce government spending and create one place for technical knowledge to which departments across the government could go. According to Maude, this system happened to save the taxpayers 19bn in 2014-15 due to its policies such as requiring approval from the GDS for departments wishing to spend upwards of 100m.

Now, however, Maude believes that civil service has returned to its old ways. Controls on spending are now being relaxed with the authority of such decisions being held by separate departments rather than one centralised unit.

He noted that the attempts to build central systems across government departments and to facilitate coordination encountered hurdels, notably from the Treasury.

"So GDS, which became a model for other governments to follow including in the US and Australia is becoming sidelined and underpowered. The powerful and revolutionary idea of government as a platform' is dead," Maude said in a speech at Speaker's House in Westminster.

Although each department may be unique in its actions, most of the requirements for IT, HR, finance and the like are common throughout the entirety of the government, making the need for autonomy unnecessary. For example, at the beginning of its run, the government-as-a-platform program discovered 24 different common digital areas that could be developed. With just 5 of those underway, the program still has a lot of work going unfinished.

While Maude feels the GDS is being pushed under a rug, Jeremy Heywood, the current cabinet secretary and head of civil service, refutes Maude's statements, saying that the civil service initiative that Maude helped start is still being implemented with urgency.

"Since he left the Cabinet Office in 2015, the civil service reform programme that he helped to create has been implemented with vigour, sharply improving our commercial, financial and digital capacity," said Heywood.

Despite this, Mike Bracken, who was GDS's first director, also claimed there was a push to go back to more department based authority which ultimately influenced his decision to quit in 2015.