IT teams form strong business partnerships in the UK

Survey points to strong consensus between different parts of the business 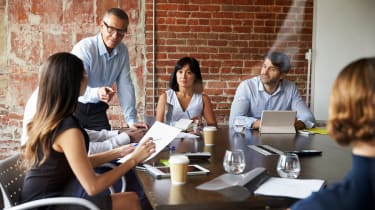 There is a strong level of alignment between IT and the rest of the business in UK companies of all sizes, according to a new survey.

Another 85% of respondents believe their business managers have a good understanding of IT, while 84% of respondents note that their IT department reports to the board of directors or business owner with regular updates.

The survey, carried out by Censuswide on behalf of ManageEngine, found that 76% of respondents reported that their IT has had a positive effect on their business's bottom line.

Raj Sabhlok, president of ManageEngine, said that one of the cornerstones of business-IT alignment is shared objectives and vision.

"This survey clearly shows that businesses in the UK have found a way to consistently get their IT and business managers on the same page and moving in the same direction. You can see this success in their high levels of cross-functional knowledge and in the positive impact that IT is having on the bottom line," he said.

The figures also suggested that IT teams are adopting a strong role in cloud with 87% of companies in the UK now having an enterprise cloud strategy. Of those companies, 40% have a hybrid (mix of cloud and on-premises) policy while a further 26% have taken a public cloud approach. Just 21% of companies have taken a policy of using only a private cloud.

In terms of the impact of cloud usage on business processes, 70% of respondents indicated this has been positive, while 71% of companies plan to increase their spending on cloud computing during the next year.