TechUK: It's time for Wales to seize its digital opportunity 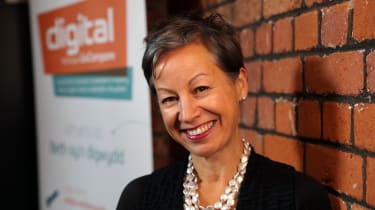 Moving into the second day of the Digital Festival in Cardiff, the core message has been that Wales has the potential to seize many new opportunities in the tech world.

Addressing crowds at the Tramshed-hosted event, she said Wales is undergoing a fourth industrial revolution led by the rise of pioneering tech.

And the potential is certainly there. The latest Tech Nation report found that Wales has the fastest-growing technology sector outside London.

The Cardiff and Swansea tech clusters create a staggering 392 million in annual GVA, according to the report, employs 17,000 people and created 103 startups last year.

In her talk, de Rojas said: "Two decades on from devolution, Wales stands on the threshold of another momentous transformation. Wales is on the cusp of the fourth industrial revolution, which has the potential to change the economy and society.

"Wales has a tradition of this, being the second-most active country in the last industrial revolution. Last week's [38 million] semiconductor deal is evidence of that potential and Cardiff and Swansea form one of the UK's most vibrant digital clusters."

The Rightmove non-executive director also talked about the importance of policies to ensure digital innovation benefits all of society.

""It's an exciting time in Wales and time to seize the opportunity for a modern and open economy and a digital society that works for everyone," she said. "The pace of change is only going to increase over the next few years, which will bring complex challenges but also opportunities.

"While innovation is the lifeblood of the economy it's got to be teamed up with the right policies so no community is left behind."

She also commented on employability within the sector, saying: "The digital economy is creating more jobs than we can fill. Talent is a barrier to growth and if we don't grow our own they have to come from overseas.

"I was really excited to see the curriculum in Wales, which puts a big emphasis on digital skills. It's leading the way by embedding digital across subjects rather than just seeing it as a separate subject.

"We could take this example across the rest of the UK. By sharing the successes of the Welsh curriculum, the UK can be a world leader."