The money will pay for around 2,000 of HTC's staff and intellectual property 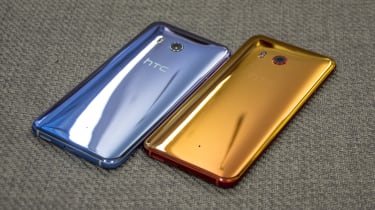 Speculation began about a potential merger earlier in the year and heightened yesterday amid reports HTC would be halting the trading of its shares today, 21 September, ahead of a major announcement.

These reports originated from Bloomberg's Tim Culpan as he tweeted out the news he had reportedly been fed by the company.

In a blog post announcing the acquisition, senior vice president Rick Osterloh wrote: "We've signed an agreement with HTC, a leader in consumer electronics, that will fuel even more product innovation in the years ahead. With this agreement, a team of HTC talent will join Google as part of the hardware organisation.

"These future fellow Googlers are amazing folks we've already been working with closely on the Pixel smartphone line, and we're excited to see what we can do together as one team. In many ways, this agreement is a testament to the decade-long history of teamwork between HTC and Google."

Google isn't buying the whole company, however. The tech giant has acquired HTC's Pixel smartphone unit which will see 2,000 people joining Google from HTC and give Google a non-exclusive license to HTC's intellectual property.

HTC will continue to produce its own branded smartphones as well as invest in its HTC Vive virtual reality technology. HTC's VR business as HTC Vive operates as a completely separate company to its smartphone arm.

The news comes just days before Google is due to unveil its next range of devices, rumoured to be Pixel phones, a mini Google Home and new laptops.

Up til now, Google and HTC have had a good relationship. Not only did HTC build one of the first Android phones on the market, the HTC Dream, it also created the first Google Nexus device in 2010, the Nexus 9 tablet in 2014, along with manufacturing last year's Google Pixel and Pixel XL. Rumours around the Pixel 2 also suggest HTC is involved with its production.

HTC is likely selling its floundering smartphone arm after its fortunes began to take a turn over the last year. Despite the HTC U11 receiving positive reviews -- including a five-star Recommended from our sister site Alphr -- HTC still saw a sharp decline in unit sales. According to DigiTimes, HTC brought in $99.7 million in August, a decline of 51.5% from July 2017 and 54.4% year on year against August 2016.

Google has previous experience in the smartphone business, of course, having acquired the Motorola brand in 2011. The company then sold off its mobile arm in 2014 to Chinese OEM Lenovo and analysts believe this earlier acquisition was more about Google getting access to Motorola's IP amid various legal challenges in the industry than buying the hardware to sell itself.

One big draw for Google is HTC's manufacturing capabilities, allowing Google to produce and manufacture all of its products in-house. This would bring it on par with Apple and Microsoft. Currently, Google awards projects to third-party manufacturers, who then do all the leg work in conjunction with the company.