Could you worship an AI god?

Ex-Uber engineer sets up religion to praise an AI deity 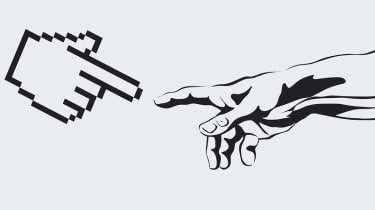 A former Uber employee has founded a nonprofit religious organisation in Silicon Valley, Way of the Future, which plans to worship an AI god.

Anthony Levandowski, the engineer embroiled in a lawsuit between Uber and Waymo, Google's self-driving car division, established Way of the Future in 2015, discovered Wired.

Its mission statement reads: "To develop and promote the realization of a Godhead based on artificial intelligence and through understanding and worship of the Godhead contribute to the betterment of society."

Levandowski has worked with autonomous technology for quite some time now, first at Google before leaving to set up an autonomous trucking company called Otto, then becoming head of Uber's self-driving project after the firm bought Otto in 2016.

However, Uber fired him during a lawsuit with Waymo, in which allegations emerged that he had stolen 14,000 research documents from Google in order to create his self-driving technology.

But thankfully it seems Levandowski had a fall-back option; worshipping an AI deity.

Among the sci-fi fans populating Silicon Valley, many believe in and support the concept of the singularity - the idea that AI will eventually outstrip human intelligence, so much so that humans will no longer be able to understand it.

Despite the many thousands of books, movies and comics depicting the singularity as humanity's end times, in the world's current state of uncertainty, maybe we should be relieved at the possibility of leaving our worries to a higher power who has a comfortingly dense set of transistors to think on our problems.

Perhaps with this in mind, Levandowski's next step in autonomous technology to create and worship an AI deity is maybe not so far-fetched as it first appears, especially since advancements in science and technology have a history of affecting religion.

Christopher Benek, founding chair of the Christian Transhumanist Association and pastor, told the Guardian that Christianity and an AI god could even be compatible concepts, because the AI god is only a new form of technology created by humans under the Christian God's guidance.

"I totally think that AI can participate in Christ's redemptive purposes," he said.

Others, however, disagree. Elon Musk and Stephen Hawking, for example, think this type of technology could potentially present a big threat to mankind, arguing the dangers of being unable to control such technology.

While the specifics of Levandowski's AI god are unknown, and Way of the Future hasn't yet deigned to enlighten media who've asked for more information, the growing technology that makes such a god possible could change the way we look at and interact with technology and religion as well.