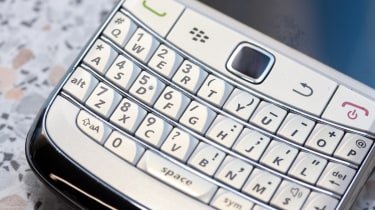 BlackBerry appears to be making a belated comeback thanks to its solid licensing and software strategy, which netted it a $19 million profit for the second quarter of its 2018 financial year.

Once a company on the brink of failure, bleeding money from massively reduced sales in a market dominated by Apple and Samsung, BlackBerry has now posted revenue of $238 million for the quarter.

While this is less than the $334 million it made in the same quarter last year, BlackBerry ended up in profit rather than posting a thumping loss of $372 million, as it did last year.

Its licensing division has been key to putting BlackBerry back in the black - with the division's revenue growing 250% year-on-year by offering its various patents and technology out to other firms for a fee, rather than ringfencing BlackBerry tech and trying to compete directly with other firms.

One example of this includes the newly announced BlackBerry Secure, which offers Android device makers the ability to sell their own devices with BlackBerry security features, rather than forcing them to embrace the BlackBerry brand wholesale.

BlackBerry's enterprise software and services division also appears to be ticking along nicely, with the Canadian company bringing in $91 million compared to $84 million for the same quarter a year earlier.

Since shifting away from making its own smartphone hardware, BlackBerry has invariably seen a massive decline in the money it makes from its phones, but at the same time it has avoided the losses competing in the phone market can bring, thanks to a strong stable of enterprise-friendly software features.