EU to hit Amazon with a massive back tax bill 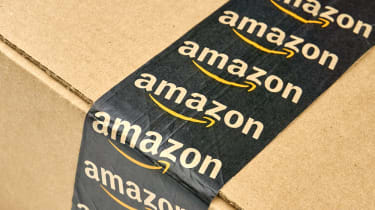 Update: Amazon has now been ordered to pay 250 million in back taxes, an amount considered lower than was expected by sources close to the case, and a fraction of the 13 billion the EU levied against Apple's operations in Ireland.

The EU is reportedly preparing to hit Amazon with a bill over Luxembourg back taxes, a move that will likely cost the company hundreds of millions of Euros and further sour relations between multinationals and the EU ahead of Brexit.

The bill is the latest attempt by the European Commission to crackdown on tax avoidance by organisations operating in the region and follows a $13 billion fine levied against Apple last year.

The case against Amazon revolves around a project known as Goldcrest, a restructuring of its European business that saw intellectual property relocated to Luxembourg in 2003. There the company entered into a partnership with the understanding that it would pay reduced tax, according to the Financial Times.

The agreement, which looked remarkably like state-aid, saw Luxembourg essentially cap the amount of taxable profits in the country, essentially giving Amazon an advantage over its rivals. Since that time, Amazon has set up a number of sites in the country, which now act as its European headquarters.

EU commissioner Margrethe Vestager is expected to probe the deal on Wednesday, in which it is claimed that Amazon may have hidden its true profit figures by paying royalties to the partnership.

According to figures analysed by the Financial Times, a total of 4 billion was paid to the partnership over the course of 10 years, of which only 1 billion was sent back to the US to be taxed. During the same period, Amazon reported 11 million in profit of a net turnover of 60 billion.

The move will likely open up old wounds in the US, which became embroiled in the tax case against Apple over Irish back taxes in 2016. In that case, both US businesses and Congress argued that the EU's stance could threaten foreign investment, with Apple CEO Tim Cook describing it as "total political crap".

Yet it also represents a potential headache for the EU post-Brexit, as its aggressive targeting of foreign businesses may see a case for the relocation of operations to the UK. A number of tax probes have already been launched outside of the Apple case, including a dispute against Starbucks over operations in the Netherlands, and another against McDonald's.

As part of the review on Wednesday, the EU is expected to announce major tax reforms, including changes to cross-border VAT rules.