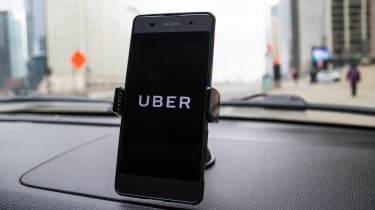 Uber has reportedly signed an investment agreement with SoftBank, in a deal that could see the Japanese giant funnel $10 billion into the ride-hailing firm.

Uber first agreed to a SoftBank investment over a month ago, but talks stalled after a lawsuit was brought against Kalanick by Benchmark Capital, according to Reuters. The suit allegedly claimed the former CEO misled stockholders to secure two additional empty board seats, which he then filled earlier this month without board approval.

As part of the agreement, Benchmark said it will suspend its lawsuit against Kalanick, which is reportedly likely to be dropped entirely once the investment has been completed. Uber has reportedly agreed terms with SoftBank, but not an overall sum.

"We've entered into an agreement with a consortium led by SoftBank and Dragoneer on a potential investment," said Uber in a statement to IT Pro. "We believe this agreement is a strong vote of confidence in Uber's long-term potential. Upon closing, it will help fuel our investments in technology and our continued expansion at home and abroad, while strengthening our corporate governance."

The Japanese investment giant will be joined by Dragoneer Investment Group, and will lead consortium of other smaller investors that are expected to invest another $1 billion and also buy up to 17% of the company's shares from existing investors at a lower valuation.

The deal will be considered a major victory for Uber and its new CEO Dara Khosrowshahi.

Uber's board has approved a host of reforms that will remove the mechanisms that gave Kalanick disproportionately high voting power, including the super-voting rights, and new independent directors will be added to increase the board's overall number to 17.

Uber board member Arianna Huffington is confident that an Uber-SoftBank deal could be finalised within the next week.

Speaking at the Wall Street Journal's technology event, D.Live, yesterday, she said it was "very likely" that a deal between the Japanese tech giant and US ride-sharing firm would be struck shortly, according to TechCrunch.

Huffington said the deal would involve a direct investment in the company at the last private valuation round, and also a secondary transaction that would involve buying out existing shareholders.

But she added that Uber is still "waiting on what's going to transpire in terms of the price".

Having SoftBank "on your cap[italisation] table is very important when they're also investing in so many of our competitors around the world", she said, and expects to see more consolidation in the ride-sharing space.

Uber is trying to turn itself around after experiencing a culture crisis in 2017, during which it lost its longtime CEO and founder, Travis Kalanick, and conducted internal and external reviews as a result of allegations of widespread sexism within the firm. It also lost its London operating licence last month, affecting 40,000 drivers in the capital.

"If your culture is so driven by growth at the expense of other things, there are consequences," said Huffington. "Culture, we're now recognising, is the immune system of a company."

She called Uber's new CEO, Dara Khosrowshahi, "unflappable" and that his "goal is to get people to love the company and not just the product". He also has a greater focus on cost-cutting, in order to meet the goal of taking Uber public by 2019, she said.

Uber is involved in an ongoing legal battle with Google's self-driving car unit Waymo, which still needs to be resolved.

Uber is scheduled to go public in 2019, after a shakeup to the company's board of directors was agreed last night.

The changes are designed to limit the power that Uber's founder Travis Kalanick has over the company, curtailing the inflated voting power of shares owned by Kalanick and other early staff and investors. An extra six seats have also been added to the board, making it easier to overrule Kalanick and his friends when it comes to large decisions - such as any future votes to reinstate him as CEO.

The restructuring comes as Uber frantically attempts to repair its reputation. The embattled company is coming to the end of a difficult year in which it has lurched from one scandal to the next. First came Susan Fowler's allegations of systemic sexism, followed by calls to boycott uber in the midst of outrage over Trump's travel ban.

Then came regulatory pressure over 'Greyball', a string of high-profile departures from the company (including Kalanick himself) and, most recently, the decision by TfL not to renew the company's license to operate in London.

Many, both within Uber and without, have laid the blame for the company's woes at the feet of Kalanick himself, and the founder admitted earlier this year that he "must fundamentally change as a leader and grow up".

As well as reigning in Kalanick, the decisions have also removed the last obstacles standing in the way of a $1 billion investment from Japanese tech giant Softbank. The company has been flexing its muscles this year, making a series of high-profile investments and acquisitions of companies including ARM, Slack, and possibly even Toshiba's memory chip business.

"Today, after welcoming its new directors Ursula Burns and John Thain, the board voted unanimously to move forward with the proposed investment by SoftBank and with governance changes that would strengthen its independence and ensure equality among all shareholders," Uber said.

"SoftBank's interest is an incredible vote of confidence in Uber's business and long-term potential, and we look forward to finalising the investment in the coming weeks."

Kalanick's comments on the matter were equally effusive, saying: "Today the Board came together collaboratively and took a major step forward in Uber's journey to becoming a world-class public company."

"We approved moving forward with the Softbank transaction and reached unanimous agreement on a new governance framework that will serve Uber well. Under Dara's leadership and with strong guidance from the board, we should expect great things ahead for Uber."

Not everyone is pleased about the changes, however. Top Uber investors Steve Russell and Shervin Pishevar threatened a lawsuit following the decision, which would remove the tenfold voting power of their Class B common shares compared to regular Class A shares held by other investors.

"Today's action by the board was the culmination of a blatant bait and switch, essentially robbing loyal employees, including the more than 200 early founding Uber employees and advisors, of their hard earned shareholder rights," the two investors said in a statement.

"They may think they have won a battle today but rest assured they will lose the war."