Quantum computers key to life, the universe and encryption 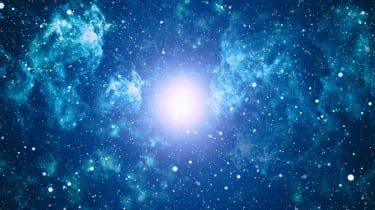 Quantum computers have enormous potential for finding answers to life, the universe and encryption, according to Professor Brian Cox.

Kicking off IP Expo 2017, TV science expert Cox told the audience in a keynote speech about various theories in physics and how they relate to quantum computing and cosmology.

He said quantum computing gets its power from the fact it considers huge stacks of possibilities and massive sets of data. When talking about building a quantum computer out of entangled systems, he said: "Let's say I decided to entangle 256 of these electrons together, what would that equate to? To simulate 250 cubits of information it would be ten to the eighty classical bits, which is approximately the number of atoms in the universe."

Cox underlined this made quantum computers extremely powerful, as long as you could harness that power.

Cox signalled to how physics and IT are beginning to merge together, where they can be used to develop technology, such as transistors, and also compute large numbers. "It can also be used to predict the distribution of galaxies in the sky, and it gets it right," he said.

Cox also highlighted how cosmology uses very large data sets to better understand how the universe evolved and also to give clues to researchers as to how it began He mentioned quantum theory, highlighting the double slit experiment where particles are fired at a surface through a slit and produce a different result than expected.

Throughout the presentation, the audience was introduced to other theories too such as Einstein's theory of relativity, theory of gravity and the theory of cosmology "which is the theory of the large-scale structure of the universe".