What is an application server?

It sits between the network and the database, but what does an application server actually do? 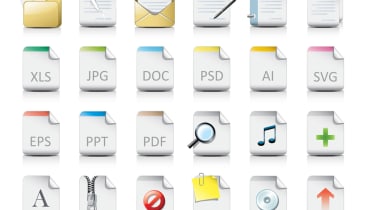 An application server is a mixed framework of software that allows both the creation of web applications and a server environment to run them.

It can often be a complex stack of different computational elements running specific tasks that need to work as one to power multiple clouds and web-based software and application.

Sitting between the primary web-based server tier and the back-end tier of a database server, the application server is essentially a go-between for the database server and the users of the business or consumer apps it supports through putting various protocols and application programming interfaces (APIs) to use.

An application server is designed to install, operate and host applications and associated services for end users, IT services and organizations and facilitates the hosting and delivery of high-end consumer or business applications.

Application servers can also contain their own graphical user interfaces for management through PCs, but they can also take care of their own resources, as well as transaction processing, messaging, resource and connection pooling, and performing security tasks.

Why use an application server? What are the benefits?

Application servers are best put to use when there is the need to integrate with databases and servers, for example, web servers, which have already been set up and are part of an organisation's existing IT infrastructure.

One of the predominant reasons for this is that an application server can serve as a means to provide integrity to code and data by having an integrated and centralised approach to keeping applications upgraded and updated. Not having one can lead to different versions of the same app across your business, which in turn could bring with it software compatibility problems.

Another core reason to put an application server to use it that it provides your organisation with an additional layer of security. By sitting in between web pages and databases, an application server helps act as an additional barrier to SQL injection cyber attacks, as there is no direct link between a web page and a database. This separation carries the need for validation and/or a requirement to show business logic, thereby ensuring that text entered into a form on a website is not being exploited as a malicious SQL call.

Security is further bolstered by the establishment of centralised authentication processes and data access management.

Performance of heavily-used and large applications can also be boosted by an application server as more control over network traffic can be established.

And the ability to work at scale is another important factor when considering the use of an application server as its ability to pool database connections means it can be scaled out to act as a web server farm without needing to add additional connections to underlying databases.

How does it differ from other types of servers?

While an application server and a web server might initially seem similar at face value they are, in fact, quite different. The former stands apart from the latter in that is deals with serving business logic to apps through a suite of protocols. A web server, on the other hand, works with HTTP requests, responding and handling them in order to carry out website functions, as well as hosting said website, storing its static content, such as images, JavaScript, CSS, and HTML pages.

In common circumstances a web server might not support transactions or database connection pooling, yet it could come sporting fault tolerance and scalability features, including, caching, clustering, and load balancing.

A web server in turn is different from a database server as that server carries out tasks such as data storage, data manipulation and analysis, and archiving, among other data management related tasks. Such database servers use a myriad of protocols including ODBC, JDBC, to name a couple. Database servers, unsurprisingly, host databases such as Oracle, SQL Server, MySQL, etc

It is worth noting that these servers' functions can often be grouped together to deliver a server stack, to effectively provide the subsystems to support say a suite of software or components needed to create a service platform.