Nokia axes 310 jobs as it leaves the VR market

The job losses are expected to hit the UK, US and Finland 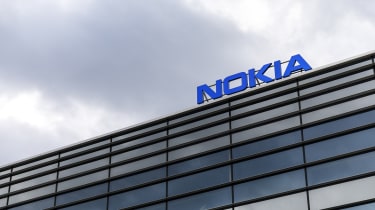 Nokia plans to axe 310 jobs from its technologies unit and halt production of its virtual reality hardware, citing slower than expected growth in the industry.

The Nokia Technologies unit, which employs around 1,090 people and has been responsible for the development of Nokia's VR camera "OZO", will instead redirect efforts towards digital health, according to a statement today.

The job cuts are expected to affect teams in the UK, Finland, and the US. As part of that process, Nokia has invited employee representatives from Finland to appear at "cooperation negotiations".

"In digital media, the slower-than-expected development of the VR market means that Nokia Technologies plans to reduce investments and focus more on technology licensing opportunities," the company said in a statement. "The unit aims to halt development of furth versions of the OZO VR camera and hardware, while maintaining commitments to existing customers."

The OZO camera was to be used in the creation of 3D movies and games, which could then be loaded onto virtual reality headsets.

Nokia's development into VR camera hardware was only launched last year, as the company attempted to create future growth opportunities beyond its bread and butter network and telecoms business. It was also the company's first new hardware product since selling its mobile business to Microsoft in 2013, although its brand has since been revived for future devices through a licensing deal with HMD.

Nokia's push into the digital health market will be supported by its acquisition of Withings, a French developer of wearable health devices, bought for $190 million earlier this year.

"Nokia Technologies is at a point where, with the right focus and investments, we can meaningfully grow our footprint in the digital health market, and we must seize that opportunity," said president Gregory Lee.

"While necessary, the changes will also affect our employees, and as a responsible company we are committed to providing the needed support to those affected."

Microsoft, which paid 4.6 billion for Nokia's phone business, only this week announced that it would be finally ditching its Windows Phone/Windows 10 Mobile platform, which never quite took off among consumers and struggled to attain a significant market share.