How to manage and support a mobile workforce 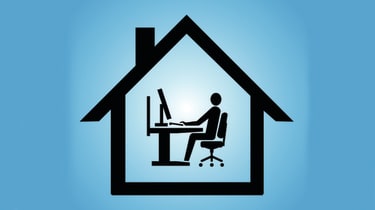 Setting your workforce free can deliver quantifiable benefits. When employee engagement firm TinyPulse surveyed remote US workers, 91% said they got more work done when working beyond the office. They also scored how happy they were at 8.2 out of ten. Among all workers, the happiness rating was 7.42.

When it's never been so easy to work outside the office, firms should be asking themselves why they're still providing staff with desks and desktop computers. If it's the cost and complexity of maintaining a mobile inventory, they need to think again.

When computers go wrong, they're easiest to fix in person, which is rarely possible if your users are scattered throughout the country. Tools such as Remote Desktop, built into Windows 10 (you can enable it through System Properties), let you access your users' machines from afar. They're effective, but often rely on you using a desktop or laptop yourself, which might not be possible if you're not always based in the office or have a Wi-Fi connection. Even with dedicated Android and iOS interfaces for system admins, using anything smaller than a tablet means you'll spend more time panning and zooming than you will fixing issues.

Dublin-based MMSOFT Design believes it has the answer with Pulseway, which presents a unified, mobile-first dashboard for every desktop, laptop and server under your care. Available in cloud- and self-hosted variants the latter was developed for Dell to deploy at its Limerick base it's live on 780,000 machines for close to 4,000 customers.

"You can monitor and control any system remotely, regardless of its location or firewall," explained MMSOFT CEO Marius Mihalec. "All communication passes through a series of cloud-based servers, so you don't need to open any ports on the machine being monitored."

Pulseway allows remote machines to send notifications direct to IT managers' phones when any one of 300 different issues arise. You can supplement these so could, for example, monitor consumables in a remote printer and be warned to order replacements. Should any condition be met, Pulseway triggers the alert, giving you a chance to deal with it before it becomes an issue.

"If your phone's not beeping, you don't need to worry," Mihalec said, "but it's not just about notifications: you can run a command from your phone to fix the problem. Most of our customers fix problems before their users realise there is one in the first place."

Yet management is only half of the story. With a large, distributed inventory, you also need to track who has what and where it is. Windows 10 has built-in tools that can help here. Open Settings | Update & Security | Find my Device enables tracking on the machine you're sending out and you can monitor its location at account.microsoft.com/devices. You can track Windows Phone, Surface and Xbox devices via the same page.

But this is an incomplete solution. It's not only IT that needs to track inventory; accounts departments may want to know what a company owns so they can calculate depreciation and, with it, the company's worth. UK-based Real Asset Management specialises in providing registers that meet both IT and accounts' requirements, which could save IT administrators some reporting work.

"It's IT managers who receive the new kit, set it up and allocate it [but] the benefits are more tangible for people in finance," said the company's Chris Noller. "Despite being the ones who need a complete record of the business' assets, they're often the last people to get their hands on them. We bring those different departments together so they're all looking at the same asset register."

Assets are assigned a serial number, which is fixed to them using a barcode that can be scanned when they're checked out using a regular smartphone. This saves the company investing in a limited number of PDA-based dedicated scanners, and allows multiple administrators to audit assets simultaneously. Each is geolocated at the point of capture.

A barcode requires line of sight, which isn't always practical, as visible barcodes can be defaced, spoil the look of a product or be removed. In factories -- another environment into which Real Asset Management sells its solution -- equipment is often sited in hard-to-reach locations, which is why NFC and RFID alternatives can be more appropriate. The latter is particularly suitable for hotdesking.

"RFID tags work best with a fixed read range, like when they're passing a gate or other fixed point," said Noller. "They're no different to security tags in shops that set off an alarm at the door."

Tracking inventory using RFID is a specialist application, whichever provider you use, and can be complex. Passive RFID is only useful over a limited range (although battery-fitted tags can be read at up to 100m), and you'll need to invest in built-up, 3D tags if you want to place them on metal to ameliorate signal reflection.

With assets in the wild, you run another risk: data loss. Implementing a rigorous password policy and encrypting helps. So does restricting where users can save and share data using a solution such as Microsoft Intune, which controls how they use corporate data in Office 365 apps on their devices.

For total peace of mind, only a remote wipe option will suit. Intune can remove Office 365 data remotely, but third-party apps such as LoJack ($29.99 per year) will go further, performing a universal wipe and locating a lost machine. Similar features are built into many general-purpose management tools, including Pulseway, which can activate the webcam, track the IP address and give you command prompt access for manually wiping its drive. It came in useful for developer MMSOFT: "One of our employees lost his laptop on the train, which someone picked up and took home," said Mihalec. "[Using Pulseway], we could look at the screen remotely, and knew who had the machine because he was opening Facebook. We contacted him through Facebook to say that we knew he had it." It was swiftly returned.

There are a wealth of management tools that simplify maintaining a remote inventory, supporting distant staff and keeping your data under control even when it strays beyond your network. The cost of rolling them out can be offset almost immediately through the reduced overheads and, in many cases, increased productivity that remote working delivers. This is good news for HR, which explains why more businesses are adopting the approach.

The Office for National Statistics' latest data, from 2015, shows that home workers comprised 13.7% of all employees, but overlooks those who are dispatched to clients' offices or remote workspaces. The Work Foundation at Lancaster University also found that 70% of managers and businesses will have adopted some aspect of mobile working by 2020. If you haven't yet, it's probably time to make the move.