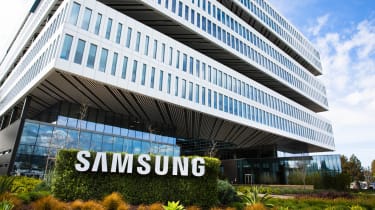 Amid claims Samsung Electronics is facing an "unprecedented crisis", CEO Kwon Oh-Hyun has announced he is stepping down from his role.

In a statement to stakeholders, Kwon said: "As we are confronted with unprecedented crisis inside out, I believe that time has now come for the company [to] start anew, with a new spirit and young leadership to better respond to challenges arising from the rapidly changing IT industry."

He didn't specify details about the "unprecedented crisis" but his resignation comes following exploding batteries on the Samsung Galaxy Note 7 and a bribery scandal in which the Samsung heir Lee Jae-Yong was jailed in August for five years. Lee appeared in court to appeal this sentence earlier this week, denying the claims.

Yet despite the doom and gloom, the company also announced it is expecting profits to hit record levels in the third quarter. Reports suggest that for the July-September period, Samsung made a quarterly profit of 14.5 trillion won (9.6 billion), almost three times as much as the same period last year.

Sales are expected to have risen by almost 30% year-on-year thanks to its Galaxy S8 and Galaxy Note 8, while Samsung's semiconductor business continues to bolster the company's bottom line as its flagship DRAM and NAND memory chips used in phones have had a surge in demand.

Commenting on the seemingly contradictory claims, Kwon said that the recent successes are "merely fruit of decisions and investment made in the past." The full earnings report will be released later this month.

Following the announcements, Samsung shares dropped to 1.42% at close.