BBC to develop new services based on machine learning

The broadcaster will also re-skill staff with data science apprenticeships 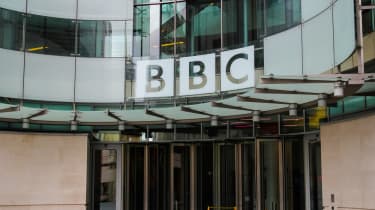 The BBC has teamed up with eight UK universities to develop machine learning tools that will be used to create a new generation of media content and help upskill its existing workforce.

The aim is to create a body of research and first-of-a-kind AI-based prototype services that can be used in the digital media industry.

Matthew Postgate, the BBC's CTO, said in a statement: "The BBC has always been at its best when it combines creativity with technology. As we reinvent the BBC, we can see the opportunities that data and machine learning are opening up for us, our creative talent and our audiences."

By using algorithms and the BBC's own data, it is hoped that machine learning will provide greater insights into the needs of its audience, why they consume its content, and what impact its services have on them.

The project also aims to revamp the content creation process at the BBC, by developing new algorithms that will help inform those programme makers tasked with editing and commissioning television content.

A spokesperson for the BBC told IT Pro that detailed information on who, when and why people are watching content, their attitude towards it, and whether certain aspects of the content resonated with them, will all form part of the new machine learning algorithm, although it is too early to specify exactly how this will be implemented.

The spokesperson also added that a great deal of the development will be on behind the scenes services, and that it's again too early to say whether machine learning will make its way to customer-facing applications.

Alongside the development of new tools, the BBC also plans to re skill its existing workforce as it places greater importance on the use of data analytics. Employees are to receive tailored courses ranging from entry-level to advanced, including opportunities for MSc data science apprenticeships with University partners.

"Machine learning is going to play an increasingly important role in the world," said Samantha Chadwick, head of partnerships at BBC R&D. "Together with our partners and funding bodies, we want to apply these advances in data science to the media industry and make a real difference to people's lives.

"The partnership will also train a new generation of data scientists on real media problems to create new audience experiences that don't even exist yet."

It's the latest move by the broadcaster to embrace emerging technologies in an effort to keep its content relevant to changing audiences. In July the BBC launched its first virtual reality app on iOS and Android that allows a selection of its content, including Planet Earth II, to be watched using a VR headset.