Meet Bitcoin Gold - the second split from Bitcoin this year

What Bitcoin's second hard fork means for the cryptocurrency 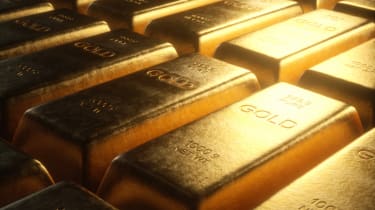 The blockchain that supports Bitcoin has split again this week, creating yet another variant on the world's most popular cryptocurrency. The hard fork means Bitcoin and Bitcoin Cash are now joined by a third currency known as Bitcoin Gold, all of which operate as discrete currencies on separate blockchains.

But what exactly does this mean and what effect will this have on Bitcoin?

How did we end up with Bitcoin Gold?

Bitcoin currency is an evolving technology, and its growing popularity has exposed limitations in the design of its blockchain. However, being decentralised, the currency has no owner or single development group, and development decisions are reached when the community as a whole agrees overwhelmingly to a proposal.

In August, Bitcoin experienced its first hard fork when the community failed to reach agreement on how to improve transaction speeds (after an initial compromise appeared to have worked), leading to a splinter group founding its own currency known as Bitcoin Cash.

This had led to a number of developers in the community to voice concerns over the amount of control that miners have over the network.

Bitcoin Gold claims to solve this by redesigning its own network in such a way that prevents the use of ASICs in favour of smaller and cheaper graphics cards. It hopes doing so will attract more users and miners to its currency, and wrestle control away from large companies offering mining farm services and products.

What happens to my bitcoins?

As was the case with the Bitcoin Cash fork, Bitcoin Gold operates on a cloned version of the existing Bitcoin blockchain network, which will then be tweaked to the developer's liking. This means that any bitcoins you own will still be in your wallet once the currency splits. 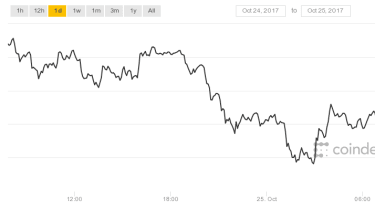 However, the value of a bitcoin could potentially fluctuate after the split, as users are now able to buy Bitcoin Gold with bitcoins at a rate of 1 to 1. Bitcoin slumped to five-day low of $5,300 following the official launch of the new currency, but has since recovered to $5,600 at the time of writing. That's a fairly modest fluctuation given how notoriously volatile the currency is.

Yet this isn't exactly a surprise, as Bitcoin barely felt the Bitcoin Cash split and has continued to hit record highs since August, recently reaching $6,000.

Will Bitcoin Gold be a success?

Although it's never certain how much of a hit a new cryptocurrency will be, early signs suggest Bitcoin Gold will struggle. There was a great deal of enthusiasm around Bitcoin's initial fork in August, and early reports showed some early traction for Bitcoin Cash. However, after hitting an initial peak of $700, it has since lost almost half its value and has seen very little growth over the past month.

There's a chance that Bitcoin Gold could do better, particularly as it claims to be more accessible to mine, however it's received nowhere near the same enthusiasm from the community as Bitcoin Cash.

Some have criticised Bitcoin Gold's developers for causing an unnecessary fork, while others have pointed out that by moving more mining onto cheaper GPUs simply gives more power to companies such as Nvidia and AMD, who both manufacture graphics cards crucial for mining.

The developers behind Bitcoin Gold are currently operating on a private network, which means that early investors in the currency will not be able to secure their funds until it goes public next month.