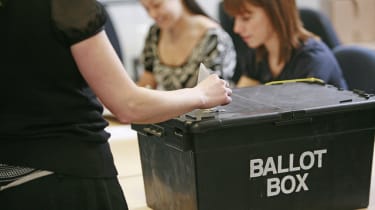 The UK Electoral Commission is exploring where the funding for political ads on Twitter and Facebook came from during the 2017 general election and 2016 referendum and whether changes need to be made in law to regulate it.

Bob Posner, the commission's director of political finance and regulation and legal counsel, wrote this week that the commission was speaking to Facebook and Twitter about who commissioned political advertising.

A spokesperson for the commission said to IT Pro: "Any receipt of impermissible donations by registered campaigners or political parties campaigning at the EU referendum, either from the UK or overseas, would be a serious breach of the law, and anyone who believes they have evidence of this should provide it to the Commission and the police.

"The Commission does not comment on its on-going investigations. Where we feel that a wider change to the law is required, or action needed by others, then we will report to the UK Government and to Parliament."

Posner wrote that the commission is talking to parties and campaigners that use digital campaigning and will discuss with social media companies how their platforms are used and how their proposed self-regulation would operate.

"This includes speaking to Facebook and Twitter about political advertisements during the referendum and general election," said Posner. "We are already working with the Information Commissioner's Office about the inquiry it is conducting into the use of personal data in politics, and with other bodies, and we will also seek to work with others with expertise in this fast changing world. This work will help us as we consider the implications for the way campaign finance rules apply to digital campaigning."

Posner also outlined that although digital campaigning is completely different to more traditional forms of political advertising, it is still regulated in exactly the same way.

"Campaigning can only be financed from permissible donations, payments made for digital campaigning must be reported to us, and we will publish them as we do with all campaign spending," he wrote.

"Should our enquiries provide us with evidence that the existing campaigning rules about political finance may have been broken then we will undertake our own investigations as set out in our Enforcement Policy," wrote Posner. "As is our normal practice if we believe other, criminal, offences may have been committed, then these will be referred to the police for investigation."

If the commission feels that change is needed to law in order to cope with the emergence of digital campaigning, it will report to the government and parliament as it is required to do.

Posner did underline that the commission will not be investigating the content of the advertising, such as misinformation or 'fake news', as it is "not within the remit of the Electoral Commission". He did state that this does not mean the government and parliament may not wish to consider such matters.

A Twitter spokesperson said to IT Pro: "Twitter recognises that the integrity of the election process itself is integral to the health of a democracy. As such, we will continue to support formal investigations by government authorities into election interference as required."

The US Senate is currently investigating the impact of Russian social media posts during the 2016 election. Facebook admitted that 126 million US citizens may have seen Russia-backed Facebook posts over the past two years. Furthermore, Twitter found 2,572 accounts linked to Russian operatives.