HPE jumps on the blockchain train, building one hosted in the private cloud 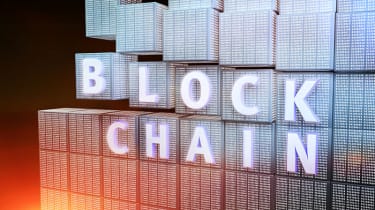 HPE has joined the roster of vendors offering blockchain-as-a-service, with the public ledger technology HPE's first product to come to market as part of the HPE Mission Critical Blockchain product lineup.

Called Mission Critical Distributed Ledger Technology (DLT), the service will help businesses record transactions across a decentralised network of computers, offering greater levels of performance, security and scalability at a time when a huge array of financial firms and supply chain vendors are looking to integrate blockchain into their wider business strategies.

IHPE doesn't believe public cloud and on-premise architecture by themselves can cater for organisations' ever-growing requirements when it comes to implementing blockchain tech. Instead, its own private cloud service allows for SQL integration that can't already be achieved by traditional implementations, to secure the transactions and allow them to scale on demand.

"Enterprises interested in blockchain are realising that public cloud alone does not always meet their non-functional requirements," said Raphael Davison, worldwide director for blockchain at HPE. "As they look to scale, they recognise that, for mission-critical processes, on-premise infrastructure must be part of the mix of traditional IT, private and public cloud that's needed to meet the requirements of enterprise-grade blockchain workloads."

Critical DLT has been built on HPE Integrity NonStop platforms, which currently processes two-thirds of the credit card transactions in the world, HPE explained. It also integrates elements of R3's enterprise software to ensure businesses can implement their distributed ledger workloads that need 100% fault tolerance for mission critical applications.

A version of the product will be available in early 2018, although the full product won't be available until later in the year, HPE explained.

While vendors tout blockchain as solving a variety of business problems, banking CIOs surveyed by Gartner ranked the technology as 20th in a list of their biggest priorities last month.