Can CA stand out as a leader in the age of upstarts and cloud? 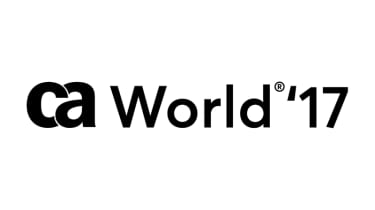 Well, first and foremost, I'm expecting a more sombre atmosphere than last year; the conference is taking place at the Mandalay Bay hotel in Las Vegas, where the worst mass shooting in US history took place just months ago. Whether or not the tragic events will go officially acknowledged is impossible to predict, but I'd be surprised if the general mood is as upbeat and carefree as last year.

On a lighter note, CA World 2017 looks set to offer some interesting advancements when it comes to software. Last year's conference was focused more around incremental improvements than significant, iterative updates, so I'm expecting some more impressive releases than last year.

These will likely focus around the company's agile development and DevOps tools. CA has been banging the gong for these forms of software development for a number of years now, and the wider enterprise community is finally starting to catch on.

Speaking of business trends, it wouldn't be a tech conference without more references to AI and automation than you can shake a stick at. CA is already heavily invested in automation and continuous integration as a design philosophy, so expect this to feature heavily in the strategic and roadmap portions of the event.

Similarly, I'd be very surprised if blockchain technology wasn't a common subject. The technology behind Bitcoin is the next big thing, with companies including IBM, HPE and more investigating the possibilities of using a distributed ledger for tasks like authentication and supply chain management. While CA isn't likely to launch its own blockchain-based product, it'll be highly-cited as an emerging tech with great potential.

But what of the industry's old trends? IoT was one of the hot topics last year, but it doesn't seem to be as large a part of the IT zeitgeist now. Don't expect it to be a big part of the week's proceedings although there might well be a few IoT-centric case studies shown off.

I'm expecting this event to be the point where CA starts to ramp up steam. The wider business community has started to put the ideals of agile, data-driven, software-first practices into effect now is the time for CA to be capitalising on its experience in the sector and establish itself as a leader in the field.