TalkTalk plans to gut 50% of its IT estate 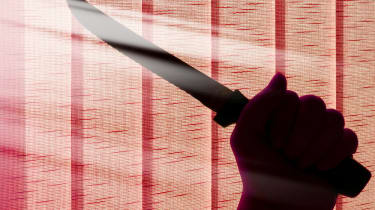 Embattled UK phone and broadband provider TalkTalk is planning to rip out around half of its IT in order to streamline its bloated infrastructure, IT Pro can reveal. The cull is intended to precede the adoption of modern technologies like microservices and containerisation.

"We've got quite a large amount of 'tech debt' in our estate, and it's really holding us back from being more efficient," TalkTalk tooling and environments manager, Gareth Watson, told IT Pro. "So in the next 12-18 months, we're going on quite a radical drive of simplification. We're looking to rip out almost 50% of our estate."

When TalkTalk performed a full audit of its estate earlier this year, the company discovered it's suffering from massive inefficiencies due to a gargantuan sprawl of applications and hardware, Watson revealed.

"We discovered that we have 84 million lines of code spread across 600 applications, across 3,000 servers, with 5,000 interdependencies," he said. "Some of it we've turned off already, because it's not being used - it's just on there doing nothing. It's ridiculous."

By Watson's estimation, around 60% of TalkTalk's codebase is unnecessary. "We've got twice as much [code] as the Large Hadron Collider. It's maybe a smidge more than we need, you know?"

Increased efficiency is something that the telco is currently in dire need of; it reported a 75 million pre-tax loss for the first half of this financial year earlier this week, thanks in part to a 31 million charge to write off assets in its mobile business, and a 59 million charge for an organisational restructure.

The company also suffered a catastrophic data breach in 2015 that compromised 150,000 customers' details.

But by streamlining its IT systems, TalkTalk hopes to transition to a much leaner and more agile approach, Watson told IT Pro. The company has already started using CA Technologies' release and testing automation tools to speed up internal testing, and has already condensed the number of development processes that can be used by its developers from 32 down to three.

TalkTalk is expecting efficiency gains of around 80% from deploying CA's automation software, derived from speeding up the way in which its engineers test and deploy code.

"It takes them 2.4 days to take an application from their development environment, through all the test environments and into production," Watson said. "Using CA's release automation, we're looking to reduce that down to half a day."

He added that while "2.4 days per application doesn't feel like a lot, we do 50 application deployments per release and eight releases a year - that's nearly 1,000 days a year, just wasted on people getting files moved between servers and things like that. By using CA's tools, we'll take that down to roughly 200 a year".