The subsidiary plans to be the world's first regulated ICO exchange 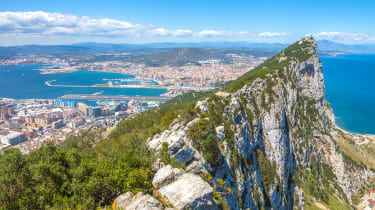 Despite the explosion in popularity of initial coin offerings (ICOs) over the past year, they are now considered one of the most contentious forms of raising cash in the fintech industry. They're often associated with high-risk investments, shaky business models, and, at an alarmingly high rate, fraud.

ICO's represent one of the most speculative forms of investment you can make. A company asks you to buy into a concept or business proposal by exchanging Bitcoins or Ethereum for its own, newly created cryptocurrency, with the hope that the new token will appreciate in value as the business grows.

However, the increasing problem of fraudulent ICOs has split the fintech industry, with those who believe the process is revolutionary on one side of the argument, and those that feel it's an easy way to scam investors on the other. China has already moved to ban on ICO activity, while the US, UK, and most recently, the EU, have also warned against investing in them.

It's an unsustainable wild west, yet there's one company that's looking to tame it.

Gibraltar, while famous for its idyllic sea views and iconic 'Rock' promontory, is not an area of the world you would typically associate with being at the forefront of disruptive technology.

However, the Gibraltar Blockchain Exchange (GBX), expected to launch in January 2018 pending regulatory approval, will create the first regulated ICO token exchange, attempting to appease both sides of the argument.

"We have seen the default ICO space absolutely exploding," said Nick Cowan, founder and managing director of both GBX, and the Gibraltar Stock Exchange which opened in 2014.

"I've been doing this for 34 years, and I've never seen anything move quite so quickly as what we're seeing in this space, which is good but also really worrying."

"We said to ourselves: we're in the business anyway of running a stock exchange, we understand rules, regulations, disclosure, we approve prospectuses everyday that comply with EU legislation - what if we brought that regulatory governance, ethics, expertise to this [ICO] space, in which we can't see any?"

The GBX system will work like this: If you're a company wishing to move to an ICO to raise cash, you can apply to be listed on the GBX with the understanding that you will be subject to regulation. However, before you are accepted, you will be assessed by a "sponsor firm", a dedicated advisory company that is appointed by GBX to ensure any new applicants adhere to the standards of the exchange.

This early "boot camp" stage ensures your business white paper is sound, that you've done your commercial research, and that your technology is able to deliver. If you're accepted you are then listed on the exchange and given access to a pool of investors that have been similarly whitelisted, all while under the constant supervision of your sponsor firm. From there an investor can buy into your ICO just like any other exchange.

The intention is to create a community where every participant in the ICO process has been vouched for by a mediating party, compliant to rules set and updated by an overriding GBX advisory council, with the hope of removing the danger of fraud that plagues the ICO space currently.

Although the idea of regulating the blockchain space goes against the original idea of a decentralised database, Gibraltar is a unique case where government policy has acted to do exactly that. In May, the government of Gibraltar set out nine principles for the regulation of blockchain services, which will cover such things as ensuring companies have the technology in place to support their business proposals or keep client assets safe.

Once they come into force in January 2018, and applied to the ICO space, this will make Gibraltar the first jurisdiction in the world with guidelines on how to operate a blockchain service, and the first to endorse a nationally regulated ICO exchange, at a time when other countries have moved to ban the mechanism entirely.

The ICO honeymoon is over

Phillip Young, group marketing director for GBX, said that the pace at which ICOs are happening in the market has changed opinions about the need for some control.

"When we floated the concept six months ago of the need to have a rules-based system, nobody was interested... the community was saying there is no need to regulate this space," he said.

"Now, everyone is interested, from the issuer side and the investor. 30 or 40 projects are coming online every day, and issuers and investors are confused. They agree that there needs to be some order for this to become popular, as it's still a relatively small market of investors, and we want to open that up, particularly to institutional investors, who can see that issuers who come to our market have been through a process.

"The overall message we're getting is this is what the market is looking for."

With mounting pressure from countries around the world, it certainly feels like the wild west days of the ICO are coming to an end, and perhaps a regulated system is what's needed to maintain an incredibly useful fundraising process.

It's unclear exactly what the ICO market will look like under a regulated exchange such as the GBX, but with companies being subjected to greater scrutiny, we're almost certainly going to see a drop in the number of ICOs emerging each day, with quality winning over quantity.