Budget: Driverless cars will take to UK streets by 2021 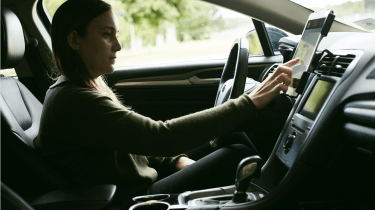 The UK government plans to have driverless cars on the UK's roads by 2021 - without a safety attendant on board.

Chancellor Philip Hammond is expected to announce the aim in Wednesday's Budget, according to a press release sent to various publications in advance by the Treasury.

He toldtheBBC's Andrew Marr show yesterday:"Some would say that's a bold move, but we have to embrace these technologies if we want the UK to lead the next industrial revolution."

The government would make regulatory changes to allow developers of the technology to test their vehicles on the roads without human oversight.

Professor Paul Newman, founder at UK autonomous vehicle software firm Oxbotica, toldIT Pro: "The removal of the supervisor in autonomous vehicles is the natural progression of this technology as it matures - and is after all the ultimate goal. It's quite right and smart that policy makers have this in mind as they look ahead to spot accidental impediment and opportunities for catalysis - the UK government has a great track record of doing this.

"The journey towards no steering wheels is as exciting as it is challenging. Along the way, beyond developing the raw technology, we will be addressing issues of trust, verification, data sharing and privacy, insurance. We'll be leaning on appropriate mixes of real world testing and simulation, careful deployment design (geofencing) and of course being catapulted by commercial use cases. There is much to do, but the rate of doing is high."

Driverless car tests are already occurring around the UK, but with assistants who're able to intervene in case of a road traffic incident. They're common in the US too, but there's been a number of accidents blamed on human drivers of other vehicles. Google's Waymo unit is testing driverless cars with no human driver in Arizona.

Raj Samani, chief scientist and fellow at McAfee, said: "With its strong manufacturing heritage, it's unsurprising that the government has high hopes for the UK to be a global leader in driverless car technology and to lead the 'next industrial revolution'. The anticipated regulation changes on Wednesday, that will allow developers to test driverless cars on the road, will be a key step forward in accelerating towards this goal.

"However, with security of these vehicles paramount to the safety of drivers and those in the vicinity, it is essential that the security of the car's network is a key priority for all car manufacturers. The government's recently launched cybersecurity guidelines will undoubtedly play an important role in ensuring that UK car manufacturers make that happen."

In the budget Hammond is also expected to announce funding for other technologies. This includes 75 million for AI, 160 million for 5G mobile networks, 100 million for an additional 8,000 computer science teachers supported by a new National Centre for Computing and 76 million to boost digital and construction skills.

The 5G funding is expected to go towards the National Cyber Security Centre to invest in securing next-generation networks, as well as road testing to make the network suitable for driverless cars.

With Brexit in mind, tech industry lobby group techUK has made a number of calls for measures to bolster the digital economy in the budget.

These include a voucher scheme to help the smallest firms secure Cyber Essentials certification - securing their businesses against cyber threats. It also called for "significant investment" into upskilling the UK workforce to make up for a possible shortfall in digital skills if the UK leaves the EU without unrestricted access to foreign labour.

With uncertainty over whether the UK will continue to benefit from research and funding from the EU's Horizon 2020 fund for science and tech R&D, techUK also called for a roadmap for how the government plans to achieve its objective of spending 2.4% of GDP on this R&D.

CEO Julian David said:"All businesses are facing increased uncertainty and an urgent need to get their houses in order ahead of whatever is thrown at them post-Brexit. This budget must give certainty, where little currently exists, by setting out a clear path to provide business with the tools they need for the future. The chancellor has said he wants to put the UK at 'the forefront of the global technology revolution'. Now is the time to make good on that desire.

"That means getting more businesses to adopt basic digital processes that will enable them to take advantage of future productivity boosters like AI and prepare for new digital mechanism of taxation. It also means setting a clear path to meet the government's commitment to increase R&D spending, at a time when many businesses are already feeling the pinch from uncertainty around EU programmes like Horizon 2020.

Prime minister Theresa May announced a series of investments in the tech sector last week, expected to be included in the upcoming Budget. The measures includea 21 million initiative to expand startup support across the country by combining the London-focused Tech City UK and Tech North into one body, Tech Nation. A 2 million scheme will see the government aim to help more businesses get gigabit-speed broadband connections, while the number of Tier 1 visas for skilled foreign workers is set to double to 2,000.