Government to apply 'Google tax' to internet firms in UK 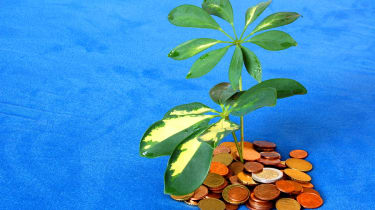 The government is set to introduce a "Google tax" on internet companies' royalties made to subsidiaries in low-tax countries.

Philip Hammond said in his budget speech yesterday the measure is predicted to raise 200 million a year and will start in April 2019.

"Multinational digital businesses pay billions of pounds in royalties to jurisdictions where they are not taxed. And some of these royalties relate to UK sales," said Hammond.

"So, from April 2019, and in accordance with our international obligations, we will apply income tax to royalties relating to UK sales, when those royalties are paid to a low-tax jurisdiction."

The chancellor underlined this will apply even to companies that don't currently fall under UK jurisdiction.

He said it will raise about 200 million a year but added: "This does not solve the problem, but it does send a signal of our determination."

In the Corporate tax and the digital economy position paper, the Treasury stated the new measures "will ensure multinational digital businesses do not gain an unfair advantage from the international tax framework, ensuring a more level playing field that promotes competition and avoids entrenching incumbent positions".

It also said: "The government will take more immediate action against multinational groups, primarily in the digital sector, who achieve low-tax outcomes by holding their valuable intangible assets such as intellectual property in low-tax countries where they have limited economic substance.

"This action, which is taken in accordance with the UK's international treaty obligations, will help to prevent groups achieving unfair competitive advantages in the UK market in which they operate. It will also help to ensure that the discussion on how value is created by the users of certain digital businesses starts from a more sustainable position."

Apple has declined to comment on the matter, while Google had not responded to a request for comment at the time of publication.

A number of tech firms were implicated in the Paradise Papers scandal at the start of November in documents showing their offshore empires. Apple was one of the companies that looked to move $250 billion from its Irish subsidiaries to offshore jurisdictions with more gentle taxation arrangements.

Aside from taxing internet firms, the chancellor also sought to boost UK tech in his budget yesterday. Hammond wants to double the number of startups created in the UK, will set aside 160 million for a new 5G infrastructure and will allow fully autonomous vehicles to take to the road by 2021.