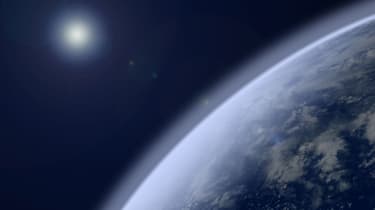 HPE is working with the Faculty of Mathematics at the University of Cambridge and Stephen Hawking's Centre for Theoretical Cosmology (COSMOS) to support research into the structure of the universe as well as black holes by looking into massive data sets.

COSMOS, founded in 1997, will use the HPE Superdome Flex with an HPE Apollo supercomputer and Intel Xeon Phi systems to support their work, according to HPE.

That will allow them to test cosmological theory with data from the known universe while also incorporating new data from gravitational waves, the cosmic microwave background, and the distribution of stars and galaxies.

The HPE Superdome Flex uses the principles of Memory-Driven Computing, featuring a pool of memory accessed by compute resources over a high-speed data interconnect, which seems to be central for HPE in future computing. The shared system design as well as the shared memory of the HPE Superdome Flex will help the researchers solve complex problems quickly and holistically while minimising the burden on code developers.

"Our COSMOS group is working to understand how space and time work, from before the first trillion trillionth of a second after the Big Bang up to today," said Stephen Hawking, Director of Research in Cambridge's Department of Applied Mathematics and Theoretical Physics. "The recent discovery of gravitational waves offers amazing insights about black holes and the whole Universe."

He added: "With exciting new data like this, we need flexible and powerful computer systems to keep ahead so we can test our theories and explore new concepts in fundamental physics."

HPE hopes the supercomputer and its in-memory platform will not only help COSMOS discover the secrets of the universe but also help research in other fields, such as environmental and medical science.