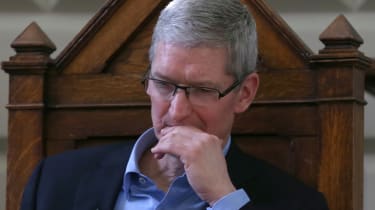 The Irish government is finally set to start collecting 13 billion in unpaid taxes from Apple a year after the European Commission (EC) ordered it to do so.

The EC referred Ireland to the European Court of Justice (ECJ) in October as it failed to start recovering the money by the EC's deadline of 3 January 2017.

The EC said in October: "Ireland has made progress on the calculation of the exact amount of the illegal aid granted to Apple, [but] it is only planning to conclude this work by March 2018 at the earliest."

Ireland has now speeded up the arrangements and begun to formally collect the money from Apple, depositing it in an escrow account for the time being as Apple appeals the decision.

Apple filed 14 'pleas' in February in defense against the EU's investigation, which delivered its findings in July 2016. The EC found that Ireland handed Apple tax benefits for 24 years that amounted to illegal state aid, allowing the tech giant to pay an effective corporate tax rate of 0.005% in 2014.

Ireland and Apple are both appealing the decision separately, with the money to be stored in an escrow account pending the outcome of the appeals. Apple's appeal is expected to take place in late 2018.

An EC spokesperson told IT Pro: "The Commission will defend its decision in court."

A spokesperson for the Irish Department of Finance told IT Pro: "Agreement has been reached with Apple in relation to the framework of the principles that will govern the escrow arrangements. This allows us to move forward and we will see the completion of the tendering processes that are underway to appoint the escrow agent and the investment manager.

"We are required to operate the tendering processes under European Union law. Work will continue over the next number of weeks to ensure that the infrastructure associated with the escrow arrangements will be in place and that the recovery sums can be paid over without unnecessary delay."

The EC spokesperson said: "The Commission decided in October to refer Ireland to the EU Court for failing to implement the Commission decision. This was because Ireland still has not recovered the illegal aid, also not in part, more than one year after the decision.

"At the same time, we hope that we can work constructively with the Irish authorities to make sure that recovery is completed as soon as possible. That would also allow us to close this procedure."

Apple CEO Tim Cook has described the ruling as "maddening" and said he was "very confident" the ruling would be overturned on appeal.