Software engineers, developers, security experts, students and lecturers were all recognised for their achievements 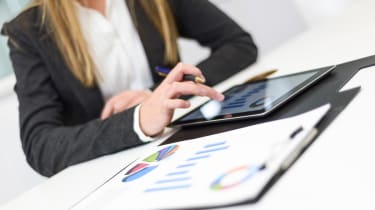 WeAreTech has announced the winners of its TechWomen50 Awards, praising 50 women in technology for their contribution to technology, as well as three separate awards for individual, company and network winner.

The TechWomen50 Awards also recognise the individuals and businesses that are going that extra mile to foster female talent in the tech sector. The Champion Award was given to Hayley Sudbury of Werkin, who is campaigning for more women of all backgrounds to get into technology.

"I am cognizant of the inherent bias in AI built by homogeneous groups and as a result I am committed to design technology with gender, and a social conscience in mind," she said. "As a female LGBT founder of a technology company this is something I take seriously within my own company and lobbying others (including dialogue with the Government Equalities Office and UN Women)."

FDM won the Company Award, while BCSWomen was awarded, Network Winner. The latter was set up by Dr. Sue Black OBE in 2001 to help women get hands-on with coding, promote technology awareness and offer personal skill seminars, workshops and mentoring.

Individual winner, Helen Cavill also tweeted, saying what an honour it was being recognised as one of the most influential women in technology: "Thank you @WATC_WeAreTech for awarding me a place amongst the fabulous #TechWomen50 with so many other inspirational #WomenInTech role models!"

"Over the course of my career, I have seen some truly talented and inspirational women who have been recognised by a multitude of awards. However, there is not one awards series that focuses on the next generation of female talent as a whole, or those who support these individuals," Kayleigh Bateman, head of WeAreTechWomen said.

"Our hope is that by recognising not just our shortlist of 100, but also those that champion women in tech too, we can encourage more organisations to follow their lead."