Acquisition will give Cisco a “complete IoT solution” and a fresh revenue stream, analysts say 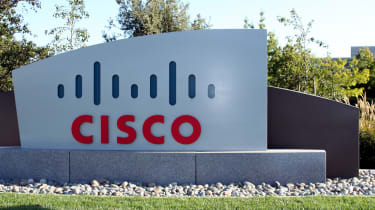 Cisco is to acquire Jasper Technologies for $1.4 billion, it was announced last week.

Jasper, the firm behind a cloud-based IoT platform that enables other businesses to launch and manage connected services on a worldwide scale, is used by global enterprises, including Microsoft, Salesforce and SAP. Indeed, according to the networking giant, Santa Clara-based Jasper boasts more than 3,500 customers and works with 27 service providers spanning 100 countries.

Using Jasper's software of the same name, companies can connect any device over a cellular network, and then manage connectivity of IoT services through its SaaS platform.

The significance of the $1.4 billion-deal to Cisco, a global IT giant which already owns connected platforms of its own, is to broaden its reach to the mobile connectivity sector of the IoT market. This is currently a strategic gap in the company's service offering, according to analysts.

"Its existing portfolio spans fixed and wireless protocol edge gateways, data management and analytics, but it lacked the mobile wireless connectivity piece. With the projected growth of IoT devices on the move such as cars and wearables Cisco's lack of a cellular platform was a substantial gap that could only get bigger."

On an investor call about the deal, Cisco's senior vice president and general manager for IoT and collaboration, Rowan Trollope, described the deal as "a huge step forward for Cisco" when it comes to delivering a complete IoT platform for customers.

Trollope also emphasised that it was Jasper's track record of "breaking ground for many years" by helping enterprises bring their service-based products to market and run at scale that had attracted Cisco to acquire the company.

During the call, Jasper CEO Jahangir Mohammed also detailed how car manufacturer General Motors is shifting from selling ordinary cars to those with connected services. Those services are expected to deliver $350 million in net profits in the next three years.

Bolstered by Jasper, Cisco's complete IoT solution will now be interoperable across devices and work with IoT service providers, application developers and an ecosystem of partners.

Cisco said it intends to continue building on the Jasper IoT platform and add new IoT services such as enterprise Wi-Fi, security for connected devices, and advanced analytics in the future.

The acquisition is expected to be complete by the end of July 2016.