The future of technology in the workplace

What are the technologies that could have the greatest influence on the way we work and interact with devices and each other? 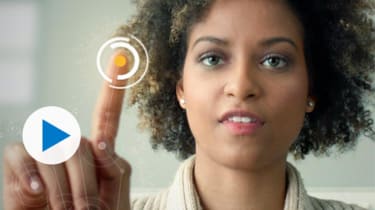 When it comes to technology in the workplace, the last 40 years have seen a tidal wave of change that has only continued to gain momentum the more time has marched on.

From the replacement of stalwart typewriters with word processors and, ultimately, computers, to the introduction of mobile phones and, more recently, laptops, technology has changed the geography of the office completely.

Manufacturing has also been revolutionised, with robots taking over many of the repetitive processes that would once have been carried out by humans, who have now become their caretakers.

Design as well has moved from the drawing board now a quaint colloquialism to the computer with the aid of CAD programs and tools like virtual wind tunnels.

It is hard to believe that just 30 years ago, the Internet did not exist at least, not as we know it today and that the iPhone has been around for less than 10 years. Even the venerable BlackBerry didn't release what could really be called a smartphone until 2003.

An even more recent invention, which is now taken for granted in both the work and consumer setting, is cloud computing, which did not appear in its current form until the mid 2000s.

In short, what was once science fiction is quickly becoming or indeed has become science fact.

With that in mind, here are some of the nascent technologies that look set to once again change the way we work.

In many ways, this is not a new technology. In the world of gaming in particular, gesture recognition has been used for some time to provide a more interactive user experience.

However, what we are talking about here is not some dance or sport simulation, as fun as that may be, but something more akin to the technology seen in the 2002 film Minority Report.

One of the most famous scenes from the film is its opening, where a police detective, played by Tom Cruise, uses gesture technology enabled via a special glove, to sort through a set of images of a crime yet to take place. 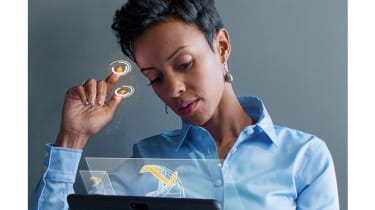 Depth perception sensors embedded in cameras that can be fitted to computers, allowing users to make the same kinds of command gestures they currently do with touchscreen technology, but without having to actually touch the screen, are already in production.

Although they are not particularly widespread, it is easy to foresee this kind of technology quickly overtaking touchscreen for a variety of reasons no fingerprints are left on the screen, for example, and it is more hygienic in a situation where multiple users interact with any one device.

Combined with advances in voice recognition software, which is already catching up with Star Trek's voice-commanded ship computer, this could radically change the way the office looks and sounds.

Advances in gesture technology could also bring on another emerging technology wearable devices.

One of the reasons devices like smartwatches are not experiencing the rapid growth that was anticipated, is their small screens.

However, microchips currently in development could remove this hurdle by making devices gesture controlled, rather than voice controlled.

From a business point of view, this means mobile workers could soon answer emails or send documents from their smart watch (or other as yet unthought-of wearable device) as easily as they do from their smartphone or tablet.

There is also the added benefit that it is harder to forget or have stolen something you are wearing than a hand-held device that sits in a bag or pocket, or on a tabletop. This in turn could bring benefits in terms of mobile device management.

Flexible screens represent another technology that could become a game changer. A number of flexible device prototypes are already being developed, mainly focused on smartphones.

However, ultimately this technology could bring us something resembling an electronic scroll that can roll up inside a cylinder and be pulled out to display, for example, emails and instant messages, presentations and graphs, or even just handy notes.

In an office context, this could eliminate the need to carry either paper copies of presentations or space-hungry devices like laptops and tablets.

Combined with wireless technology like Bluetooth, documents and graphics could easily be shared among meeting participants using their own flexible screen devices or more traditional tablets and laptops or hybrid devices.

In the past 12-18 months, virtual reality has started to come into its own. The graphics are realistic with accurate perspective and the experience mirrors the way you see and hear things in real life.

Currently, most prototypes are using what is effectively a pre-recorded video of scenarios like an underwater seascape that are not reactive, but this is likely to change, particularly as the technology is anticipated to become a core gaming experience.

However, as with gesture technology, there is more to VR than gaming or exploring exotic environments. 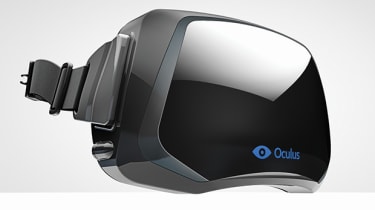 The impact this technology could have on virtual conferencing is colossal.

Currently, most remote conferencing is done via voice calls and sometimes video conferencing, with presentations shared via specialised cloud tools.

However, VR technology, through the use of avatars, could eventually deliver a realistic conference experience, where the attendees meet' in a virtual conference room to hold a pseudo-face-to-face meeting.

Combined with facial recognition technology, this could lead to a more natural interaction between participants, without anyone having to make the journey to a physical location. This could be particularly helpful in situations where members of the meeting are located in different countries, for example, or if they are remote workers.

A vision of the future

Of course, it is very hard to predict the future when it comes to technology, as it moves so fast. The reason we celebrate the successful predictions made by the likes of Isaac Asimov and Jules Verne is because they are very rare.

However, these four technologies are already grounded in fact and are, slowly but surely, gaining traction.

Will we be making our way to work via teleporter or flying car in 2020? Almost certainly not. Could we be joining our colleagues in a virtual environment and controlling our devices with just a wave of the hand instead? Quite possibly.