Tom Brewster looks at the importance of speaking the same language as customers... 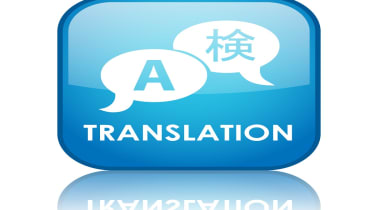 How can you find differentiation in this busy market then, one that's seeing plenty of innovation? Price appears to be the answer. Often they aren't cheap, partly because they offer high-grade services on a per-word basis. For those companies running very text-heavy sites, or have significant online interaction with their customers, the cost can go up rapidly.

Unbabel, the young gun, might have the upper hand here. It claims it can translate at a rate of $0.02 per word. That's less than half what Gengo is charging for its basic service at $0.05.

Unbabel claims it can still pay its translators as much as $10 per hour despite the low charges. Its mixture of machine learning auto-translation technology with real translators is to thank for that. It's likely that's the reason why it has fewer translators, at just above 7,000, compared to Gengo's 10,000.

The problem with Unbabel is that its unproven, at least when compared to its established rivals. It seems to be fairly immature from a public relations standpoint right now. Despite repeated attempts to speak with them, and repeated promises to provide comment, Unbabel was unable to offer thoughts on why it provided a better deal than its competitors. That's probably to be expected from a young firm, but it could do itself some favours by talking up its innovation more than it currently is.

Either way, there are various interesting services available to those who want to appeal to nations across the world. Going global should be the ambition of most entrepreneurs anyway.