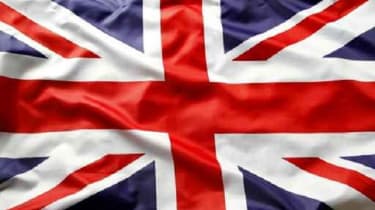 The list of British tech inventions is far too long for just a top ten. In 1714, Henry Mill was granted a patent for the first typewriter; no examples survive but he also invented suspension springs for coaches. Since then, the UK has invented everything from the thermometer to radar to Viagra and key parts of the 3G standard were developed at Southampton University.

We made the first tin can (Peter Durand in 1810) and the first elastic band (Perry and Co, 1845). Although Edison usually gets the credit, British inventor Joseph Swan started making and selling light bulbs first in 1880 although each bulb only lasted for 12 hours.

In short whether you want to build it, power it or buy it, you're relying on British inventions.

That's helped by the fact that we came up with the electric motor, and then improved on it. In 1821 Michael Faraday made the first electric motor; a wire running into a pool of mercury with a magnet in. More recently, James Dyson's engineers created a motor using magnets instead of copper wires and carbon brushes; it's cleaner and far more efficient. Dyson's cyclone vacuum cleaner is now more efficient than the first model; invented by Hubert Cecil Booth in 1901, it was a large petrol-powered motor that sat in the street while the operator ran a hose through a window.

We like to go faster. If he hadn't been killed in a glider crash the day before, Percy Pilcher might have beaten the Wright Brothers to the first powered flight in his triplane in 1899. In 1930 RAF pilot Frank Whittle designed the jet engine (but it was so different the RAF wouldn't build it and he couldn't start work until 1937, with the first test flight in 1941). In 1953 Christopher Cockerell invented the hovercraft; a boat that went four times faster than usual because it was lifted out of the water on a cushion of air.

We like things more convenient: In 1967, John Shephard-Barron built the first ATM machine for Barclays in Enfield, London; it dispensed 10 when you put in a special cheque and a four-digit PIN. In short whether you want to build it, power it or buy it, you're relying on British inventions.

What will we invent next?

We no longer have the big research labs in the UK and even defence research has been privatised, but there's still world-leading research going on in British universities and astronomers around the world and in space rely on instruments from the UK Astronomy Technology Centre. Plus some of the most interesting developments in programming languages come from the UK.

Apple's new Swift programming language owes key features to work begun by researchers in Cambridge. Big-name products may not come from British names, but the technologies they're built on will probably carry on having UK origins.

From the computer to the Web, the iPod to the typewriter, a lot of modern technology started out in the UK