The lowdown on Tim Cook's salary, net worth, education and career history 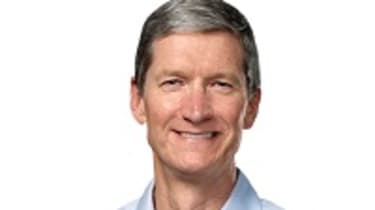 Tim Cook took control of Apple after its founder and longtime leader Steve Jobs died in 2011. He became the official CEO after serving in a temporary capacity during Jobs's illness.

Despite leading one of the most valuable companies in the world, Cook reveals little about himself. He rarely gives interviews or makes headlines. Here's what we do know about Tim Cook.

Salary: Cook docked himself $4 million in stock options because of Apple's poor stock performance in 2013. However, he still made $40 million last year from his salary, bonus, and stock options.

The Apple Board of Directors also gave him $378 million in stock in 2012 after he became CEO.

Best known for: Being Steve Jobs's hand-picked successor to lead Apple after his death.

Career history: Cook worked for IBM for 12 years as director of North American Fulfilment, chief operating officer of the PC reseller division of Intelligent Electronics, and vice president for corporate materials at Compaq.

Cook stayed at Compaq for just six months until meeting Steve Jobs. Apple's founder was been known to create a "reality distortion field" that changed people's minds and convinced them to do impossible things.

"Any purely rational consideration of cost and benefits lined up in Compaq's favor," Cook said in a 2010 speech at Auburn University. "No more than five minutes into my initial interview with Steve, I wanted to throw caution and logic to the wind and join Apple.

"My intuition already knew that joining Apple was a once-in-a-lifetime opportunity to work for the creative genius, and to be on the executive team that could resurrect a great American company."

He joined Apple in 1998 as senior vice president for world operations, where he mastered the supply chain. Under his leadership, Apple kept costs down and produced devices more efficiently.

His management style became legendary within the company. Yukari Iwatani Kane, a former Wall Street Journal Reporter working on a book about Apple after Jobs, described Cook in the workplace.

"From the start of his Apple tenure, Cook set colossally high expectations," Kane wrote. "He wanted the best price, the best delivery, the best yield, the best everything."

Cook's work and Apple's premium pricing created massive revenue for the company. Despite owning just eight per cent of the desktop PC market, Apple makes 45 per cent of the profits.

In January 2007, Cook became chief operating officer of Apple. He served as interim CEO in 2004 and 2009 when Jobs took medical leave.

When Jobs died in 2011, he became the new permanent CEO of Apple. Cook's leadership style was the inverse of Jobs'

"Apple under jobs was a roller coaster, but Cook's operations fief was orderly and disciplined," Kane added.

Interesting fact: Cook is known for regularly sending emails at 4.30am and has previously held staff meetings via phone on Sunday evenings to prepare for the week ahead. He is also massively into fitness and likes visiting the gym in addition to cycling and hiking.