The lowdown on Larry Page’s salary, net worth, education and career history 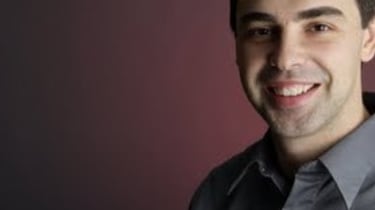 Education: Page gained a BSc (hons) in computer engineering from the University of Michigan his home state followed by an MSc in computer science from Stanford University.

Best known for: Being the co-founder of Google.

He met fellow co-founder of Google, Sergey Brin, while both of them were studying for a PhD in computer science at Stanford University.

Page was interested in exploring the mathematical properties of the World Wide Web and his tutor encouraged him to pursue this as the topic of his thesis.

He decided he wanted to work out how many pages link back to any other given web page something that was impossible to establish previously taking his inspiration from the academic process of citing sources.

In order to do this, he created a web crawler called BackRub that was designed to examine the 10 million pages and innumerable additional documents that made up the web at that time.

Page initiated the research project by himself, but was shortly joined by Brin, who told Wired in 2005 that he was drawn to BackRub "because it tackled the Web, which represents human knowledge, and because [he] liked human knowledge."

Out of BackRub came PageRank, a system for establishing the importance of each web page examined by BackRub.

The two then realised this technology could be used to create a search engine that they believed would outstrip all other offerings available at the time. The product - Google - has since become the most popular search engine in the world and the company has also branched out into email, social media, and cloud collaboration and storage.

Google the company was founded in 1998 and Page ran the company in partnership with Brin as co-president until they hired Eric Schmidt as CEO in April 2001. In 2011, Page took over from Schmidt as CEO and has remained in place ever since.

Interesting fact: While studying for his BSc, he was a member of the 1993 Maize & Blue Solar Car Team and has since gone on to become an investor in electric car manufacturer Tesla Motors.