Starting a business? Tech entrepreneurs share their 9 tips for success

Starting a business is hard, particularly in the tech industry. We asked some of the most successful UK tech entrepreneurs for advice 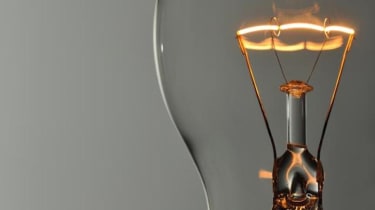 6. Learn to listen and communicate

Those flappy things on the side of your head? Use them. "When you're asking for people's feedback, listen with open ears," said Blocks' Didenko. "Asking the correct question really matters in getting useful feedback that you don't necessarily want to hear. Think about your questions."

But that doesn't mean you need to heed every word of business advice. "Don't listen to anyone and everyone who tells you it will never work," said Wosskow. "That's an easy thing to say. Seek out people who will motivate and support but also tell you the truth."

Make sure you're also telling customers and investors everything they need to know they're what will make you a success, after all. "At AlertMe we correctly in my opinion launched our proposition to market as soon as we possibly could, when it was barely in a beta stage. This was fantastic for shaking out bugs in the technology, the UX and the proposition," said Pilgrim Beart. "But we hadn't realised how clear we needed to be with our B2C early adopters that this was indeed a beta, and so we had to do a lot of damage limitation, as we initially failed to meet their expectations. If we'd set clearer expectations upfront, I think we could have saved ourselves a lot of pain and still had a lot of good learning."

7. Have a vision but don't let it overwhelm you

What's the goal of your startup? Does it scale to tens of thousands of users and hundreds of staff? "The importance of creating a shared vision as to where we want to be as a company it's as vital now, with a team of over 700, as it was when there were three of us working from my spare room," said Gareth Williams of Skyscanner, the booking site that's disrupted how web-savvy travellers find discount flights. "I strongly believe time can barely be wasted in the communication of vision and strategy."

And while you'll need to be flexible with that vision, so it can evolve as you learn, make sure you stay focused, advised Pilgrim Beart. "I caused a lot of problems for my first startup as I repeatedly rushed after the latest, most exciting opportunities, when instead I should have worked out which was the most important one and stuck with it," he said. "Throwing mud at the wall can be a good initial strategy, but you do then have to pay attention to what's sticking."

The vision for your startup may be so grand that it's intimidating. "Don't let yourself be overwhelmed by the task ahead and use that as a reason not to start," said Blippar's Butcher. "Have a big-picture vision against which you plot your course and keep referring back, but then break it down into a micro to-do list and just start ploughing through it. You'll be amazed at how prolific and productive you can be when that to-do list is for your personal vision and not someone else's."

Of all the qualities required of a startup entrepreneur, mental toughness is near the top of the list. "This stuff is hard," said Wosskow. "It requires grit. The staying power matters more than the initial enthusiasm that comes with the idea."

Her and our other entrepreneurs offered advice that holds true to the rest of life: get up early; never burn a bridge; develop a thicker skin; keep trying. "If you feel like every day you have tried to be the best you can be, then that's a reason to bounce out of bed the next morning," Wosskow said.

Don't forget that you chose to start a business this is your dream. Throw yourself into it so you'll never look back wondering: what if? Huddle's Mitchell has a test for ensuring he avoids regrets: how would he feel if he were hit by a bus? Other than squashed, that is.

"One of the guiding principles in my life and everyone I know gets very bored hearing me talk about it is what I call the big red bus," he explained. "It's basically about the fear of death The idea is to think about what would happen if I were to walk out across the street and be struck by a big red bus. In that brief moment before it hits me, what would be the thing that I would regret not doing?"

"Instinctively, people know the right answer, but it can be buried under so many layers of doubt and questions that it's sometimes hard to find," he added. "Starting my own business came from one of those moments. I just decided one day that I was going to do this. It was at the height of everything going well for me in my job, but I knew if I were staring down the big red bus without having gone for it, I would have died regretting it."