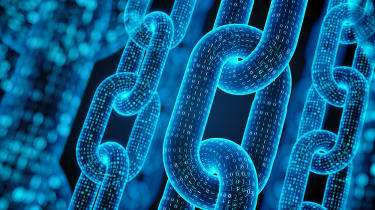 IBM's blockchain efforts have seemingly not been as successful as the company had hoped, it's been revealed, and although the company has now announced a partnership with Maersk, it's still not getting the takeup from carriers around the world because other carriers see Maersk's involvement as a risk.

The joint venture, called TradeLens, was developed less than a year ago to help address some of the challenges experienced by the supply chain, including inconsistent data and the lack of sharing of data across supply chains, blind spots both within organisations and across territories, expensive and awkward messaging between supply chain partners, time-consuming processes and inefficient clearing processes that allow for fraud.

"The cost, size and complexity of global supply chains and the world's trading ecosystems just keeps growing, and as an industry we have made a habit of making a complex business even more complicated by applying solutions of the past instead of embracing the opportunities digitization can provide us all today," head of TradeLens at Maersk, Michael White said in a blog post.

However, IBM has revealed that teaming up with Maersk may have prevented it from being able to work with other logistics firms, because Maersk is such a big player in the field. Although the partnership has signed up a range of customers including Pacific International Lines, the Canada Border Services Agency and the Port of Montreal, it doesn't have any other big companies on its books as yet.

"We do need to get the other carriers on the platform. Without that network, we don't have a product. That is the reality of the situation," head of TradeLens at IBM Blockchain, Marvin Erdly, told CoinDesk. "Obviously the fact that Maersk is driving this is both a really good thing and a worrying thing because they are such a big player in the industry. As you can imagine that's going to be a factor."