Almost half of major technology firms have no idea where the components for their devices come from, it emerges 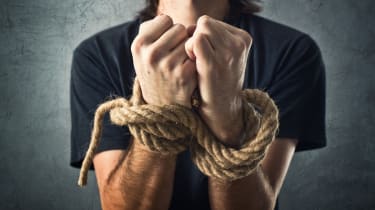 A number of prominent tech companies could be sourcing components for their products from firms that use child labour, it is feared.

The report, by anti-slavery organisations in the US and Australia, looked at the working conditions for the supply chain employees of 39 tech companies including Apple, Amazon, Sony, IBM and Samsung.

Only 18 per cent of the firms surveyed could accurately confirm the source of their raw materials. On top of that, a huge 97 per cent revealed they could not prove their supply workers were being paid enough to meet their daily needs.

Only one company, Nokia, had conclusive proof it paid workers a wage in keeping with their national minimum. Giving workers in factories decent wages would have an impact of only 1.5 per cent of the devices they makes final prices, argues the report, so the big firms have no excuse.

In a further indictment of how little the big companies know about their supply chain management, only 49 per cent of vendors were able to identify all of their suppliers "at the final stage of production".

In 2009 an employee at Apple supplier Foxconn committed suicide after he was allegedly beaten and interrogated by his bosses for losing an iPhone 4 prototype. In 2012, the same company admitted that some of its employees in Chinese factories, working on iPhone and Mac products, were underage.

The report introduced a grading system, whereby tech companies were ranked on how well they protect their workers in countries like China and India. None of the companies that were assessed received an "A" grade. Nokia ranked highest with a B+.

Household names Nintendo, Amazon, Lenovo and Canon all received "D" grades while IBM, Microsoft and Apple were awarded a "C" and two "B"'s respectively. In general, European and American companies fared better than those in China and Asia.