Another smartphone/tablet hybrid from Asus - but will the Infinity live up to the high-price? 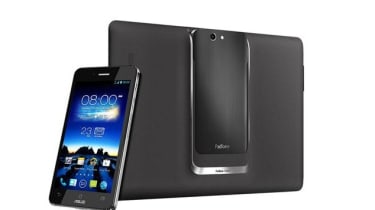 ASUS whipped the covers off yet another smartphone-tablet hybrid, at MWC in the form of the PadFone Infinity.

However, it wasn't the features of the device, but the price point which was the main talking point.

At 799 - it's pricey and our initial reaction is that it's a bit too much especially as you can't use the tablet without connecting the phone to it.

So what does the Infinity offer?

The Android Jelly Bean phone itself packs high-end including a pin-sharp 5in full HD display and Qualcomm's Snapdragon 600 quad-core processor, which delivers 1.7GHz. There's also a 13MP rear-end snapper  For a phone of this size (143 x 72.8 x 8.9mm), you'd expect nothing less. But the phone still manages to remain light and thin, and feels solid in the hand. 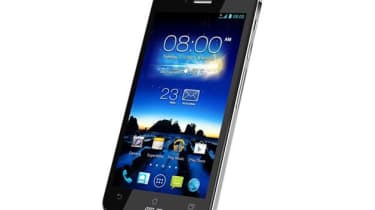 Asus has crammed in a resolution of 1,920 x 1,080 into the 5-inch screen, giving it a 441ppi considerably higher than the iPhone 5, which manages 326ppi. Screen-wise, there are no complaints. The colours look sharp and balanced and thanks to the high pixel density videos and images are crisp.

The tablet (or "station", as ASUS likes to call it) is equally impressive, boasting a 10.1in full HD display. Much like the phone, it too is light (530g) but feels solid - and you'll find it hard to notice an increase in weight when the two are paired together. It almost wants to make us forgive the Infinity for its exceptionally high price. Almost.

A redeeming feature could be the battery life. According to Asus, the phone offers 19 hours of talktime on 3G and 9 hours of video playback, while the addition of the tablet battery pack will boost it to 57 hours of 3G and 27 hours of video. So if you are on the constantly this could be the ideal travel companion. 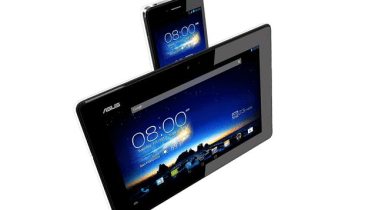 Alas, the tablet cannot be used without the handset, as all the technical wizardry is housed within the phone. Simply slide the phone into the slot at the back of the tablet and whatever is on the phone immediately gets transferred onto the tablet's 10.1in display. The system appears to work well - but the lack of independance could put users off as it means the devices need to be kept together all the time.

The PadFone Infinity is expected to be released in April (although this could well be pushed back).