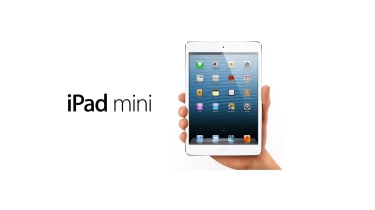 The launch of the Apple iPad Mini at the end of 2012 has caused sales of the firm's larger 9.7in device to slump, according to LCD analyst DisplaySearch.

The firm, citing data from its monthly LCD market tracker, claims the introduction of Apple's 7.9in tablet in October 2012 caused a marked uptick in smaller tablet PC panel shipments during the first month of this year.

According to a research note on the market watcher's blog, shipments of 9.7in tablet PC panels have "collapsed" from 7.4 million to 1.3 million between December '12 and January '13.

Meanwhile, sales of 7-8in tablet panels have increased from 12 million to 14 million over the same time period also.

"The launch of the iPad Mini has been seen as an acknowledgement by Apple that smaller size tablet PCs would become a larger part of the market than larger sizes (9.7 in and 10.1 in)," the blog post stated.

We now understand that Apple may be planning to sell 55 million iPad Minis and 33 million iPads in 2013.

"[Our research] indicates that in the first month of 2013, tablet PC panel shipments shifted dramatically toward smaller screen sizes...and may be an indicator [of where the market is going] for 2013."

Apple's decision to launch a smaller version of its popular tablet device was greeted with surprise by many, given the firm's late CEO Steve Jobs famously rubbished the notion of a 7in tablet, claiming users would need to file down their fingers to use the smaller screen.

But, according to DisplaySearch, the consumer electronics giant's change of tact has paid off.

"The reality seems to be the reverse, as the iPad Mini has been more popular than the iPad," the post stated.

"We now understand that Apple may be planning to sell 55 million iPad Minis and 33 million iPads in 2013," it added.

Overall, the analyst predicts tablet PC panel shipments will hit 254 million this year, up from 160 million in 2012, with screens in the five-to-nine inch range accounting for the bulk of the units shipped.

However, it then goes on to warn, as smartphone sizes increase and sustaining the low price point of smaller tablets gets harder, this could harm future sales of 7in devices.

"Until now, seven to nine inch tablet PC purchases are mainly due to the comparatively lower price point...this is not a long-term solution for brands," the research note stated.

"With upgrades in resolution, function and product design, can [smaller] tablet PCs move to a more premium positioning, targeting users willing to pay a premium for a high-end product even if it smaller?"