Microsoft has pulled a problematic Surface Pro 2 firmware update after users complained it reduced the battery life of their devices.

The update was released as part of Microsoft's monthly round of Patch Tuesday software patches on 10 December, and was designed to improve system stability and the interaction between the tablet and its keyboard.

However, shortly after its release, Surface Pro 2 users began flooding Microsoft support forums with complaints about the installation problems they had encountered with the update.

Many users said the firmware update failed to load, and did not offer users another opportunity to reinstall it.

I suggest that no-one goes home before this critical problem is resolved.

Furthermore, some users said the failed update had caused a reduction in the battery life of their machines, and prompted their devices to shut down when instructed to sleep.

In light of this, Microsoft has decided to pull the update.

"To ensure the best experience for our customers during the holiday season, we have taken steps to remove the update for Surface Pro 2 that was previously published through Windows Update on December 10th 2013," Microsoft explained in a statement.

"We are working to release an alternative update package after the holidays," it added.

The statement's closing sentence ruffled a few feathers within the Surface Pro 2 user community, as some assumed the post meant Microsoft's tech team was downing tools over Christmas.

One user, WallyXZ, said: "As it seems like a holiday is so important to you and/or the Surface team, why did you just release such a comprehensive and critical firmware update with a huge impact just before the holidays?

"I suggest that no-one goes home before this critical problem is resolved."

In response, a Microsoft representative assured users in a further forum post the company would be working on a fix for the problem throughout the Christmas break.

"We took the update down to prevent additional customers from ending up in this state. All hardware failures, none of which are known to be caused by the December update, are being handled promptly through our warranty exchange policy," the post read. 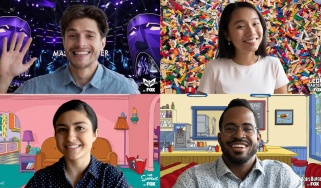